Editorial: Reflecting on the Fall 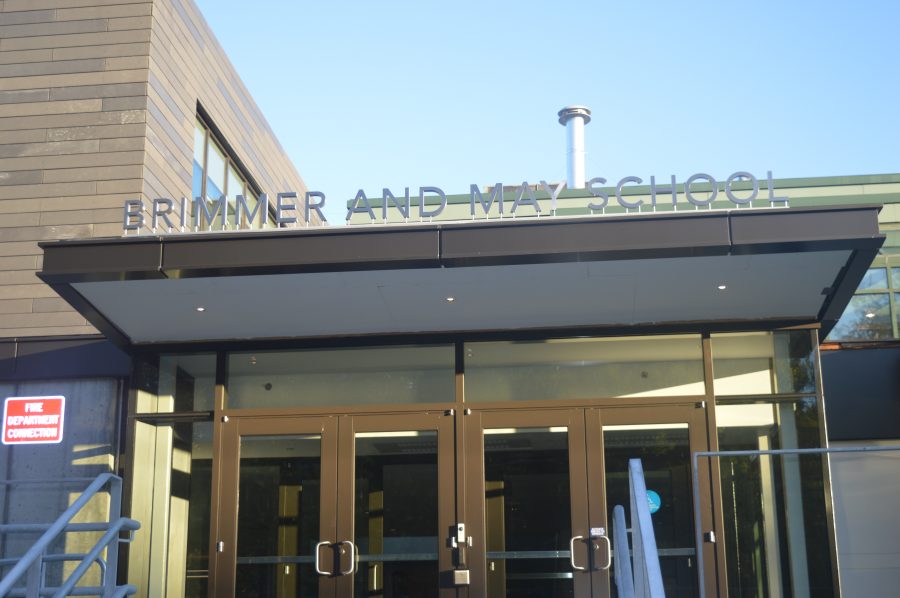 The new entrance to the Hastings Center. Photo by Caroline Ellervik '18.

After a busy fall, one filled with exciting firsts, it’s a good time to reflect on the year thus far—especially as the community heads into Thanksgiving recess.

In mid-September, the School officially opened the Hastings Center, which includes a STEAM line

With respect to The Gator, we have benefited from our own space to produce content and record television broadcasts. In fact, thanks to to the Media Lab, the newsroom launched its biweekly segment, Gator Nation News, which has received a positive response from the community.

The Maker Studio is also running full STEAM ahead (pun intended), with students having convenient access to machines and collaborative space. The new college counseling suite is also being put to good use, with students, parents, teachers, and administrators frequenting the warm and inviting space.

The new Innovation Space has afforded students and teachers alike ample space to tinker and innovate. Classes from across divisions and the curriculum are also making creative use of the addition to encourage creativity and collaboration. We are grateful that students are taking better care of the space by not bringing food and drink with them.

When students utilize the space for free time, though, we have noticed people engaging in non-academic behavior. On this front, we applaud the School’s efforts to maintain a dialogue with students about how we should monitor themselves as well as make use of their time in the new space.

The gorgeous new cafeteria has also made lunch more enjoyable, with more space for us to eat and socialize. We also appreciate the administration’s efforts to shorten the lunch line, which continues to be a challenge—even as Upper School students who have a free during Middle School lunch can jump in line toward the end of the period. As difficult as it might be with hungry stomachs, The Gator requests that students continue to be patient as the School figures out how to maximize efficiency.

In this respect, we applaud Upper School Head Joshua Neudel and Head Chef Michael Sconce, who earlier this week informed students of changes to the lunch line. Now, access to the salad bar, deli bar, and toaster will continue when hot lunch service stops from 12:50 to 1:00 p.m. To help expedite the hot lunch line, those who just want the salad or deli bar can form a separate line by the stairs closest to Middlesex Road.

We are also grateful for the new televisions, which appear in the individual study rooms in the Innovation Space. This will certainly assist with collaboration and project-based activities, and students are grateful for the addition. Still, The Gator feels that students would benefit from a dialogue with teachers and administrators about expectations for use, as well as what is and isn’t appropriate for viewing.

In addition to the opening of the new building, students have also enjoyed the new academic support center, located in the existing library. With the change, the Math Lab and Writing Center have seen noticeable growth, and we applaud Head Librarian Megan Dolan for her stewardship.

With respect to after school sports, we wish to applaud Athletic Director Jeff Gates, along with all of the fall coaches, players, trainers, and supporters, for a truly impressive fall season. With both soccer teams going far in the Massachusetts Bay Independent League, along with clinching NEPSAC bids, the community should hold its head high. In this vain, we also applaud the cross country team for another outstanding go, with Connor Reif ’19 winning every race—including the championship meet.

We also tip our hat to Creative Arts Department Chair Bill Jacob and the cast and crew of ‘Alice in Wonderland.’ It can’t be easy finding time to rehearse after a long school day, and the energy exhibited on stage was nothing less than infectious. We know that we speak for the entire community when we say that we can’t wait to see the winter musical, ‘The Addams Family.’

Lastly, we should emphasize how fortunate the community is to have such a forward-thinking administration, which cares deeply about student voice and innovation. Our head of school, Judith Guild, along with everyone at her side, has done a remarkable job of transforming our community for better. Thank you!

We wish everybody a restful and relaxing recess.