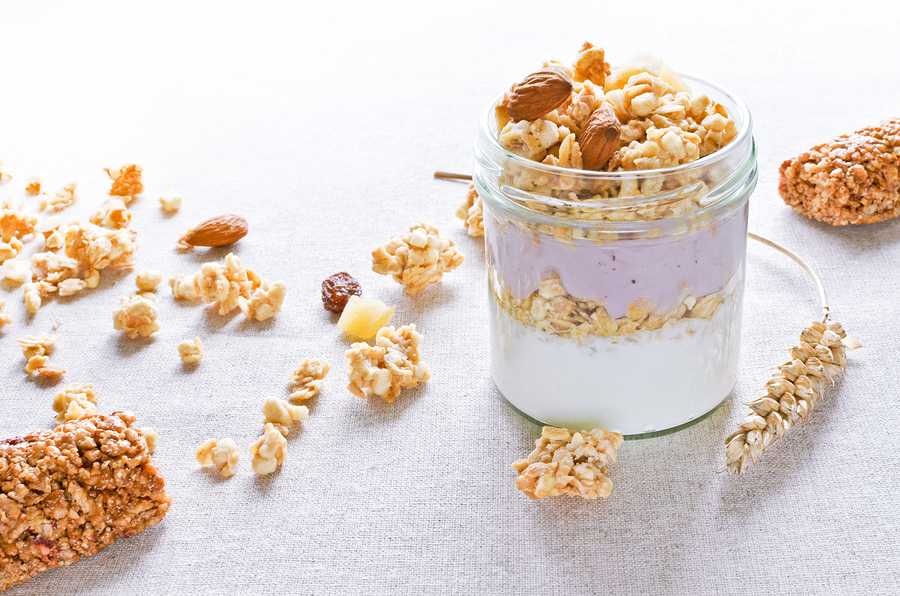 With a larger dining facility, the kitchen is doing more to introduce new and healthier food options.

“The addition would have been implemented earlier, but a lack of electrical outlets on the far end of the dinging room, closest to Middlesex Road, made it difficult to space out the self-serving stations,” said Sconce.

An electrician is currently working to install more electoral outlets, Sconce said, to place and power the yogurt bar further away from hot lunch line, which creates a bottle-neck with students and teachers struggling to access the nearby toaster, salad and deli bars.

This development comes on the heels of Sconce and Upper School Head Joshua Neudel announcing additional changes to expedite the hot lunch line.

Now, access to the salad bar, deli bar, and toaster will continue when hot lunch service stops from 12:50 to 1:00 p.m. Those who just want the salad and deli bars will form a separate line by the stairs closest to Middlesex Road. This line could also feed into the yogurt station.

Upper School students who have a free during Middle School lunch can still jump in line toward the end of the period.

Head of School Judith Guild says that with a larger kitchen, Sconce and his team are also doing more to make meals from scratch.

“The kitchen has started to order whole chickens and wherever and whenever possible, prepare foods that are not frozen,” Guild said. “I have seen the staff do more with their recipes, which can be adjusted for younger and older pallets. We are seeing some nice improvements.”

“I have talked to the kitchen about the break food issue,” Guild says, noting that students should also bring their ideas to Sconce.

On this front, Guild suggests that students make use of the suggestion box, located at the bottom of the stairs in the cafeteria, closest to Middlesex Road. She also suggested that students use the School’s new Office 365 suite to filter ideas for the kitchen.

“I’d appreciate suggestions of any kind,” said Sconce. “I’m currently working with a few companies to find a few new snack options, so I’d be very interested in what our students of all grades would like to have in rotation.”

Sconce says that when he looks for new snack ideas, he considers cost, whole grain content (at last 51%), added sugars, and sodium, which should be no more than 200mg, or 8% of a person’s daily allowance.

The kitchen plans to introduce homemade snacks each Friday, such as smoothies and fresh pretzels, which have been offered in the past.

“I was hoping that the kitchen would not have the same exact food,” said Gabe Byran ’18. “Break needs to be more of a variety.”