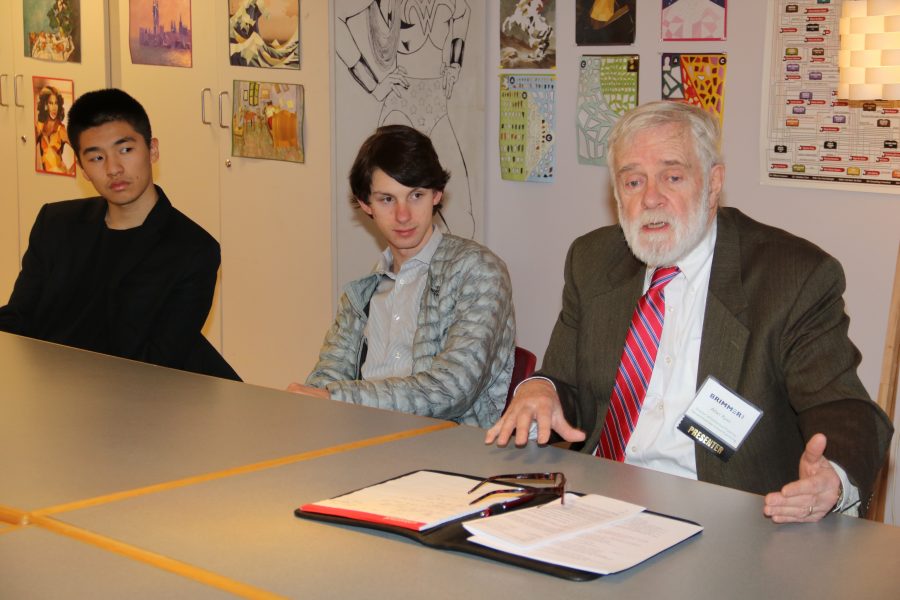 With journalism being relentlessly attacked by politicians, especially the President of the United States, who accuses reputable news organizations as peddling “fake news,” last week’s Bissell Grogan Humanities Symposium was a rousing success.

Titled “The Future and Function of News,” this year’s event was kicked off by a passionate talk from media critic and Best the Press host Emily Rooney, a highly celebrated journalist.

“He’s calling CNN and other news organization fake for saying that he said that,” Rooney said. “There were ear witnesses to that, and the news media has pretty well vetted that. He can say it’s not true, but there is a big difference between something being not true and something being fake.”

We applaud Rooney for encouraging students to keep politicians and the media accountable—and to have faith in and support established journalism, crucial to protecting a free and open society.

At the same time, Rooney made clear that the public shouldn’t accept anything but the truth from either side of the aisle. No matter their party affiliation, leaders must be held accountable.

The Gator wishes to commend the administration and symposium organizers for gathering a diverse and impressive group of breakout sessions leaders, with journalists, lawyers and professors leading discussions about practically anything and everything to do with today’s media landscape.

We can think of no more appropriate topic to explore, especially this year. Kenyon Bissell Grogan ’76, a trustee in whose name the annual event occurs, deserves our praise.

For their hard work as well, students should give thanks to Head of School Judith Guild and Director of Development Elizabeth Smith, who worked tirelessly over the summer and fall months to make this event a reality.

In this regard, students should especially remember to thank Humanities Department Co-Chair Donald Reese, who co-organized the event with Head Librarian Megan Dolan.

To everyone involved with planning the event, thank you for going above and beyond.