Senate Pushes for Mailboxes to Return 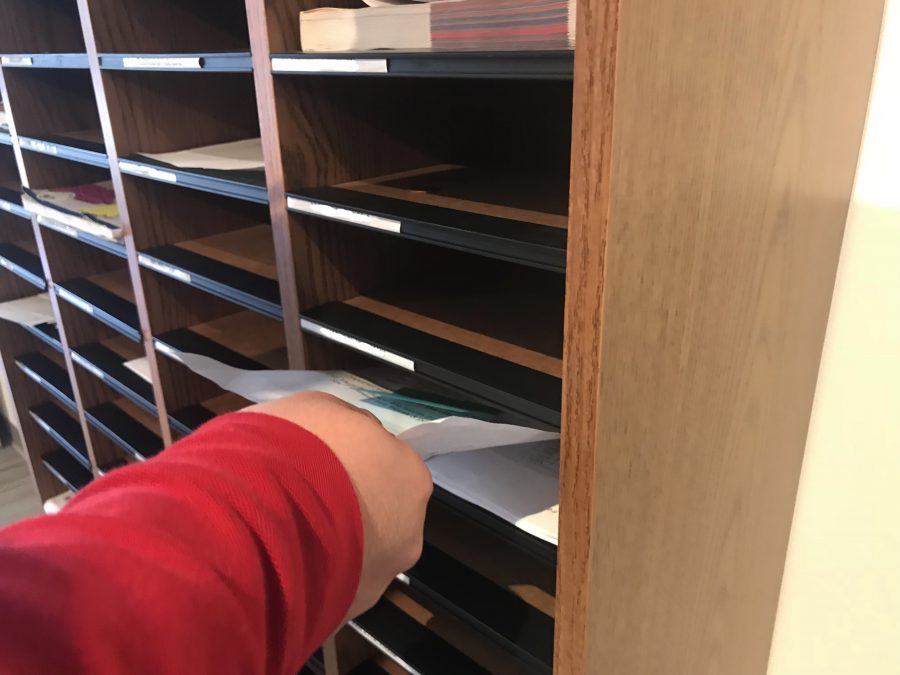 Student mailboxes disappeared this year, but the Upper School Senate is pushing for their return.

Previously, mailboxes were located at the end of the math wing. Now, that space is reserved for lockers.

“We need a place for lockers, and we didn’t have many places for lockers, especially with 151 Upper School students,” said Dean of Students Paul Murray.

But Murray, who also teaches English, said that he acknowledges the benefits of returning work to students outside of class.

“As a teacher, personally, I can’t stand those moments in class when you have those ‘what did you get?’ moments on a test or project. “Whether the grade is good or bad, it makes me uncomfortable. I know it makes students feel uncomfortable. Mailboxes are a more sensitive way to give work back, so I’m all for it.”

According to an Upper School Senate poll, out of 85 respondents, 56 expressed interest in having mailboxes returned, 32 reported feeling indifferent, and four reported that they were glad about the change.

With these figures, Junior Class Representative TC Ye ’19 is spearheading the effort to bring back mailboxes. He said that he doesn’t understand why the School got rid of them to begin with, and that “the mailboxes provided a convenient way to get returned work.” However, as the School expands, Ye acknowledges that it will become harder to add mailboxes.

Senate President Stone McLaren ‘18 says that he also wants the School to reintroduce mailboxes, which he found “extremely useful.” Despite his and Senate’s efforts, he said, progress has been slow—mostly because of lack of a space to move the mailboxes.

“There is a lot to consider when thinking about where to place the mailboxes,” McLaren said, noting that after he suggested the wall outside of Room 142, administrators notified him that with lockers on the opposite side of the hallway and an emergency exit nearby, the proposal couldn’t move forward.

McLaren also proposed a spot outside of the boys’ bathroom on the new innovation floor, but found that it was reserved for art displays.

“I’m still pushing for the mailboxes to come back,” McLaren said. “We just need to figure out where to put them.”

Ry Black ’19 said that the School should consider relocating mailboxes in the Innovation Space where there is more room. Still, he says that more teachers are using Turnitin, an online program, to comment on and return student work.

“But the mailboxes would still get plenty of use, and I hope that the School reconsiders getting rid of them,” Black said.

Nelson Everts ’20 echoed Black, also saying that some teachers took advantage of mailboxes more than others.

“The system wasn’t perfect, but overall, I think that it would be a good thing to bring back,” Black said. “I would like to have them back instead of getting all my assessments back in class, which takes up time.”