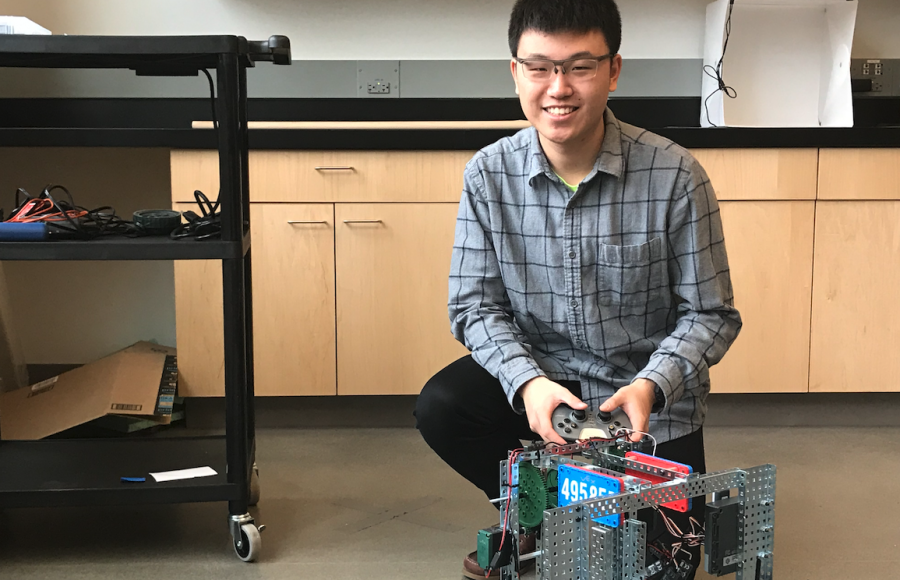 In the fall, the School embarked on a technological adventure.

Lead by Jeff Wu ’18, Gator Robotics competed Jan. 20 in the the 2018 Vex Robotics Competition, in which dueling teams built and used remote-controlled robots to pick up and place specific cones to earn points.

Going up against 45 schools from around New England, the team didn’t place, but the squad doesn’t feel defeated.

“It was still a victory as a whole for Brimmer,” said Wu, adding that as a senior, he wants the program to live on. “Many high school robotics teams don’t participate in competitions their first year. It was really an accomplishment for us. I feel that robotics education is important in 21st-century schools.”

The team began meeting in October on Sundays from 2:00-6:00 p.m. Initially, the team benefited from outside mentors, recent engineering graduates, to help team the basics of robotics.

“I felt prepared, as we spent long hours on Sundays getting ready for the competition,” said said Jimmy Yfantopulos ’18. “Our team had good chemistry and we felt confident going into the match.”

Next year, Wu says that non-graduating members will lead the team.

“I’m excited to see what the team will accomplish next year,” Wu said. “Now that the foundation has been established, I’ll be keeping a close eye on what Gator Robotics achieves.”