Brimmer not Immune to Vaping Trend 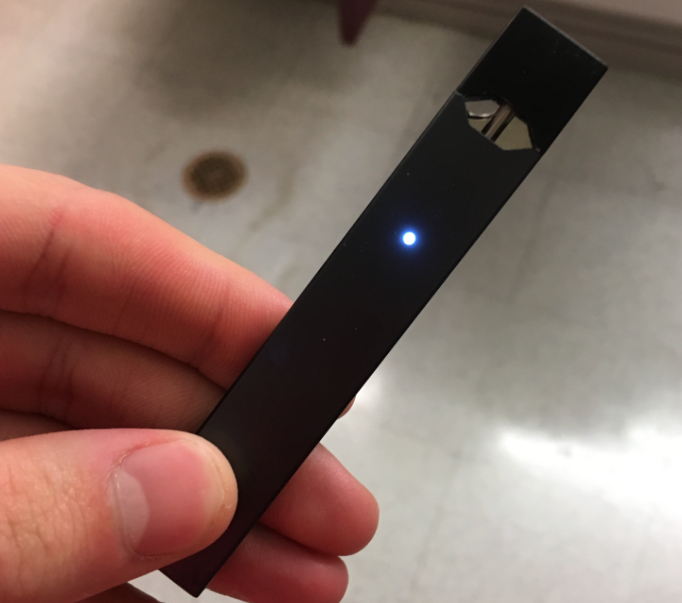 Across the nation, schools are experiencing a surge in the use of e-cigarettes and vapes among students.

Over the past five years, Dean of Students Paul Murray has noticed the devices gain popularity, with a noticeable “uptick” this academic year.

“There was a lot more use this past fall and winter than in the past, especially around the use of Juuls,” said Murray.

Last month, The Boston Globe covered how ubiquitous the problem is around the nation, including in all types of schools and sizes.
A psychologist who sees patients in Boston’s upscale western suburbs told the Globe that every teen he treats now uses a Juul. One patient, a student at a prestigious local private school, secretly used his parents’ credit cards to buy thousands of dollars of Juuls online, and then turned around and sold the devices and flavored pods to other kids at a profit. – ‘Juuling’: The most widespread phenomenon you’ve never heard of
Juul, among the most popular type of e-cigarette owned by students, turns liquid into vapor, which is inhaled and exhaled by users. According to the Center for Disease Control, such liquids can contain nicotine, various cancer-causing chemicals, and heavy metals like nickel, tin, and lead, posing a serious health risk.

On its website, Juul acknowledges that underage use is a “persistent problem,” but states that, “at Juul Labs we are committed to combating underage use of our product. While we have made strides, we are working on new approaches to address the issue more effectively.”

Despite legislation aiming to prevent high school and middle school students from purchasing vapes, the trend continues, even during the school day.

The administration requested that The Gator not directly quote students, even anonymously, about vaping on campus. However, after several interviews, it’s clear that vaping has occurred here.

Some students expressed concern about peers using e-cigarettes during school hours. Others spoke about the potential health repercussions, adding that they believe most high school students are oblivious to the dangers associated with vaping.

For several days in January, the School hosted Will Slotnick, founder and director of Wellness Collaborative. Slotnick facilitated discussion with students about the long term health risks of vaping.

According to Upper School Head Joshua Neudel, the administration has been more vigilant about checking bathrooms and hallways for the fruity smell that e-cigarettes leave behind. All students who vape on campus run the risk of being caught—and potentially punished.

“We would handle it just like if someone had alcohol or tobacco on campus,” Neudel said. “That would go through our discipline process, potentially reaching the Judicial Board.”

In the handbook, Neudel said, e-ciggerates fall under the same disciplinary category as other illegal substances.

“The use of alcohol and other recreational drugs is a violation of the Code of Conduct, and interferes with the learning environment and will not be tolerated,” the policy states in part. “Drugs found in the possession of a student will be confiscated and may be reported to the police.”

For his part, Murray did not explicitly mention the Judicial Board as a potential consequence of vaping on campus.

“If there is some sort of disciplinary action that we need to take as far as an ‘In-School Community Re-engagement’ referral, or whatever it may be, we will take it,” Murray said. “Any kind of discipline we have, we are always going to blend a community institutional response with action.”

Most of all, though, Murray said that he would consider each case individually, while also ensuring students’ overall health. Murray added that he would facilitate conversations about addiction between users and the School’s nurse.
[googleapps domain=”docs” dir=”document/d/e/2PACX-1vSdWk4y50PWiM9i5tVJcbAI4d6OELIvrtSpU0UEihBIX8dufYNvvqMUGCC-2CqL9ygB_-_E1Q8xFXqF/pub” query=”embedded=true” /]