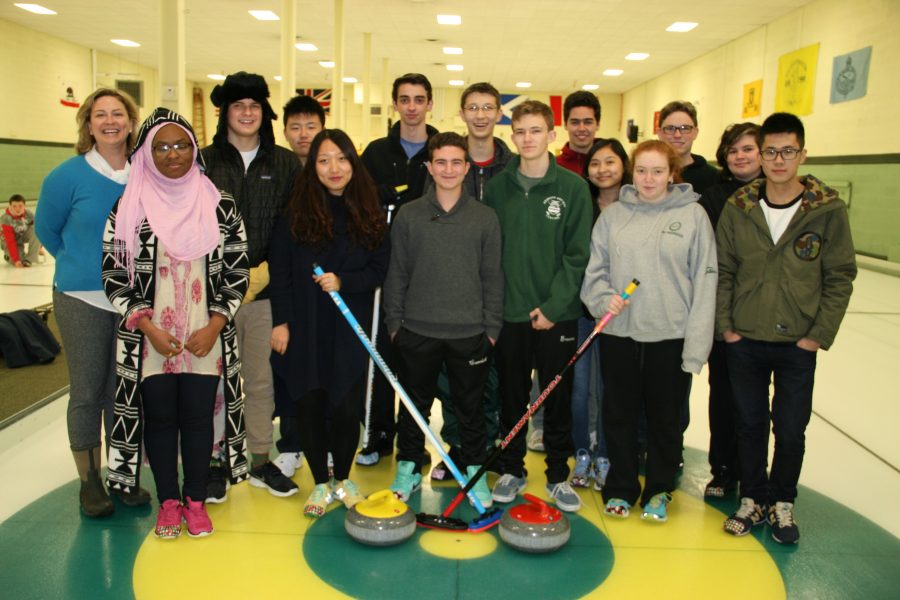 The Brimmer and May curling team took home two titles during the championship bonspiel last week against Dexter Southfield, The Winsor School, The British School and Brookline High School.

“It was an exhilarating win, and it didn’t really hit me until a couple of days afterwards,” Pan said. “I was really excited. This is the first time we’ve ever won the A-event title. I look forward to winning again next year, and defending the title.

Sean Hussey’s team won the C-match 7-0. Hussey ’16 was skip, Kyle Anderson ’15 was vice and Iris Jiang ’15 was lead and second. They beat Winsor 7-0. “It was a long of fun winning the event, and I look forward to coming back next year,” Hussey said.

“All I hoped for is that the students have a good time and enjoy playing the game,” said Head Coach Amanda Frank. “We had so much more than that this year. Having gone to the B and D finals last year and won, and then having them win both the A and C finals this year is incredible. The kids should all be so proud of how well they played, not only during the season, but during the finals as well.

The Gator also congratulates the Brimmer and May curling team.