Soccer Roundup: The Inside Scoop 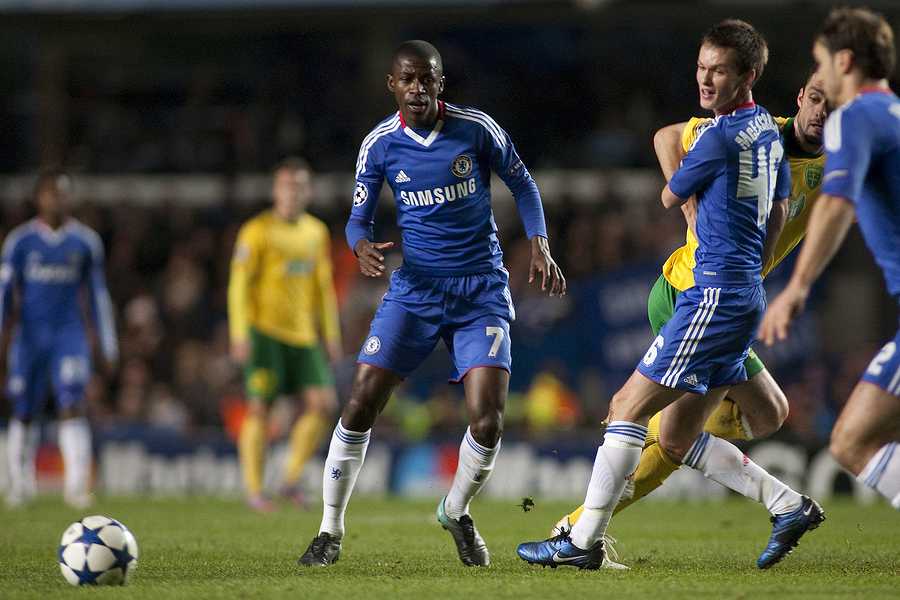 In this ongoing series, Gator sports reporter Alex Dolan ’17 will analyze and discuss big soccer matches and transfers. Dolan, a soccer player himself, has been passionate about the sport since a young age. Last week’s fight for a Premier League title featured an exciting match-up between Chelsea and Burnley.

In the 14th minute, Branislav Ivanovic came through and scored what seemed to be the game-winner. In the second half, center-mid Nemanja Matic received a red card, and momentum shifted in favor of Burnsley. The game ended in a draw as Ben Mee scored a header off a concern kick in the 81st minute.

This draw was a let down for Chelsea, who after acquiring 19 new players in the 2014-2015 season, expected an easy win. Matic’s red card was a big factor in this draw, and Burnley capitalized by putting an extra man in the box for Ben Mee’s corner kick.

As of now, Burnley is not in a position to take the Premier League title, but this recent tie is crucial to help the team escape relegation. Chelsea, the Premier League leader, lost two points but will remain in the first place position.The Chelsea and Burnley match isn’t the only thing shaking up the soccer world. These transfers (below) will also change the fate of how some teams perform.
Bundesliga
Andre Shurrl: Chelsea to VFL Wolfsburg A national player known for his amazing crosses and shot,  Shurrl will be an extremely valuable asset to VFL Wolfsburg as a striker.
Liga BBVA
Fernando Torres: AC Milan to Atletico Madrid When  Torres moved to Atletico Madrid, he took the starting spot of striker from Mario Mandzukic in the Barcelona game. Within five minutes, he scored the opening goal. His athletic ability, including his speed and dribbling skills, make it possible for him to place the ball easily in the bottom corner of the net.

Jan Oblak: Benfica to Atletico Madrid This $16 million transfer will give Oblak his first chance at playing soccer at a professional level. By playing for one of the best teams in the world, as well as being only 22 years old, he is expected to be a world-class goalkeeper as he gains more experience.

Mario Mandzukic: Bayern Munich to Atletico Madrid His physicality will dominate the competition as starting striker at Atletico, and his ability to push opponents aside with ease makes it possible for him to get an open shot at goal.
Premier League
Juan Cuadrado: Fiorentina to Chelsea

His tremendously fast speed is much needed on Chelsea. Playing as a right winger, you can expect a lot of goals from him in the upcoming season. As well as his speed, his dribbling skills will come in handy, but he will have to adapt to playing in a higher league.

Alexis Sanchez: Barcelona to Arsenal
Sanchez, who has scored 10 goals in 12 games, made a great decision by moving to Arsenal, with a starting spot as either a right wing or striker. In Barcelona, Sanchez was overshadowed by Neymar and Bale but by moving clubs he can show his full potential.

Danny Welbeck: Manchester United to Arsenal
With his amazing pace, Welbeck can easily out sprint defenders, and he is also great for counter attacks.

Loic Remy: QPR to Chelsea
Remy’s extremely fast pace and ability to out sprint just about any defender will help out Chelsea on attack, as he plays alongside slower attackers such as Matic and Torres.

Diego Costa: Atletico Madrid to Chelsea
Costa’s move from Liga BBVA to the BPL proved to be a great transfer for Chelsea. So far this season, he has scored 17 goals in 20 games, with two assists. His strength and physicality is a big reason to his success, and he is able to push defenders off the ball easily. This allows him to dribble into the box and take a shot at goal.

Cesc Fabrigas: Barcelona to Chelsea
When Fabrigas was transferred to Chelsea, he was immediately offered a starting role as center-mid in the starting 11. He is an overall balanced player, but his greatest strength is his ability to play through balls and crosses.

Romelu Lukaku: Chelsea to Everton
Lukaku’s physicality and aggressiveness make him a valuable asset in the striker role, as he pushes his way past defenders to score.

Mario Balotelli: AC Milan to Liverpool
This year in the Seria A, Balotelli has not lived up to his expectations. In 67 appearances, he has only scored 21 goals.

Luke Shaw: South Hampton to Manchester UTD
Being only 20 years old,  Shaw is developing into a great left back player for Manchester United. Already a fast player, he is starting his first year at a professional club in the BPL, and is gaining experience as he plays more games.

Ander Herrera: Athletics Bilbao to Manchester UTD
Herrera is an overall balanced center mid, who can be used a substitution for Mata, Vidal, or Di Maria.
Series A
Seydou Doumbia: CSKA Moskva to FC Roma
Doumbia is extremely fast paced, and he can be used by FC Roma to beat any defenders in the Seria A.