Spotlights: Art and Architecture around the Globe 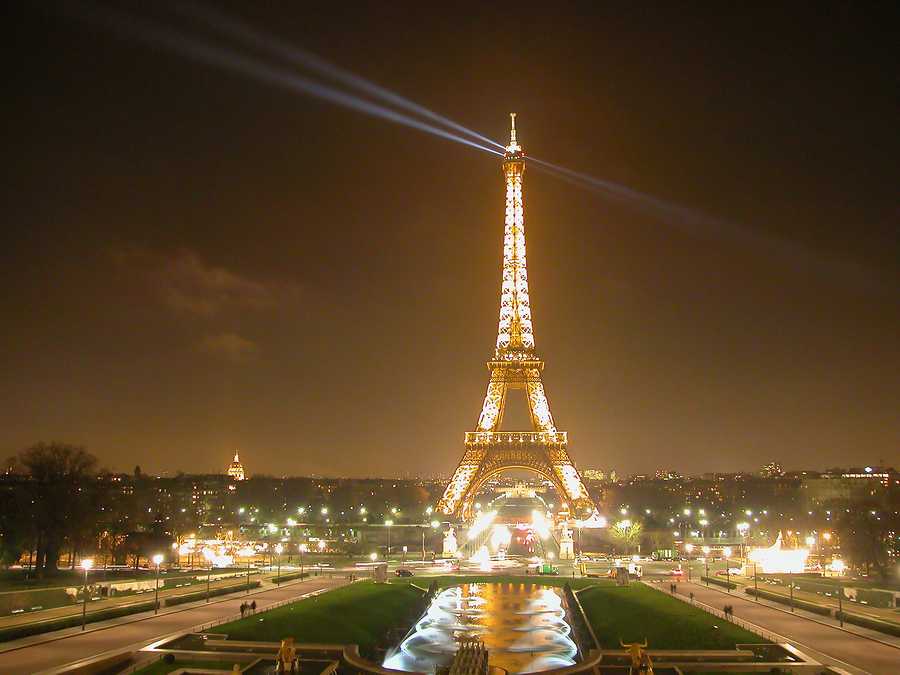 On the recent Winterim trips, students experienced an array of art and architecture. News Editor Elizabeth Leeder ’15 explores some of the highlights.

Students embraced Paris, home to one of the most famous art museums in the world, the Louvre, which features Renaissance art from Da Vinci, Botticelli, and many more. Trip goers also marveled at the Eiffel Tower, constructed in 1889 by Gustave Eiffel as a display of his wealth—and as a tribute to the city. Every night on the hour, the structure bursts to life in a spectacular show of twinkling lights. Walking around the city, students saw art nouveau almost everywhere, including wrought iron curves by subway entrances.

In Barcelona, students learned about the famous architect Gaudi, whose cathedral, La Familia Sagrada, began construction in 1882—and is expected to be completed by 2026. Chardon Brooks ’15 says, “It was the most spectacular church I have ever seen.” Gaudi drew inspiration from nature as shown through the grand arches and pillars that support the ceiling. These pillars are designed to look like trees, with light from the ceiling shining through carefully crafted leaves. At sunrise, cool colored light floods the church through its stained glass windows. At sunset, the church is enveloped in bright shades. Students also admired Park Güell, a gorgeous garden which Gaudi also designed.

Students visited the Great Wall of China, built during the Warring States period (476-221 BCE) to keep out northern nomadic invaders. The majority of the wall is made of bricks and tamped earth, but stone and wood were also used as different sections were added during the Ming Dynasty (1368–1644). Enna Spivak ’17 said, “It was an unreal moment knowing I was at one of the seven wonders of the world.” Trip goers also visited The Forbidden City in Beijing. Every visible wall, ceiling and floor is decorated with Chinese works. Kyle Anderson ’15 describes his amazement of an staircase that was made of “one piece of marble, intricately carved.”

Students toured the world-famous National Gallery, which opened in 1838 to house the works of the late Renaissance period. Today, it is one of the most renowned museums in the world, containing one of the greatest collections of European paintings—ranging from the Middle Ages to today. “Seeing a Van Gogh and Monet for the fist time, after seeing them for ten years on a classroom computer, was really cool,” says Alexis Iffill ’17. In addition to visiting museums and monuments, students attended three West End shows: The 39 Steps, Wicked, and The Phantom of the Opera. Ifill says, “I thought Phantom of the Opera was magnificent. The acting was amazing and the person who played the phantom was such a skilled singer and actor.”

Students visited ancient Mayan ruins and the Actun Tunichil Muknal temple, which features a large stone structure built to align with the sun and moon. The site was also used for sacrificial rituals. “The size was really impressive,” Mathew Mariano ’15 says. “It was six or seven stories tall.”

Students visited the Apostolic Palace, which houses one of the greatest collections of Christian art in the world. It is also home to the renowned Sistine Chapel and Michelangelo’s famous ceiling, portraying classic biblical scenes. Students also saw Pompeii and Herculaneum, two of Italy’s most thriving cities until they were destroyed in a volcanic eruption in 79 AD. Tyler Best ’18 says, “The mosaics (in Herculaneum) were all really well done. They were so precise in what they wanted to show.”