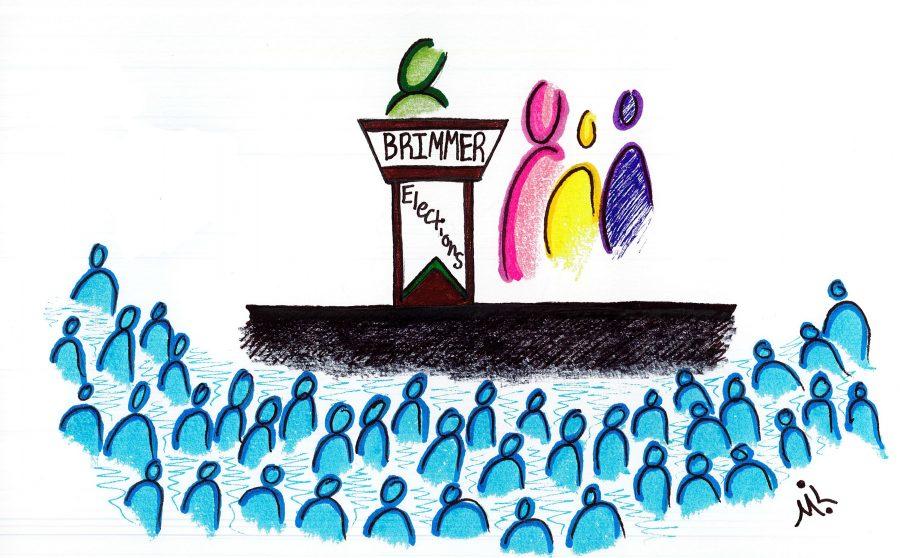 A single candidate for President, Vice President, Secretary, and Treasurer spoke during assembly May 1, before assuming their respective posts shortly afterward.

During his speech, Stephen Moreno Jimenez ’20, who secured the position of President, said that he hopes to encourage “more [student] involvement and transparency in Senate.”

Though he won the position, Moreno expressed disappointment about the lack of candidates.

“I always looked forward to the whole process of campaigning and running against someone,” Moreno said. “I thought that that would be exciting.”

In her speech, Vice President Marianne Alagos ’19 said, “I am used to working hard for what I want, and I’m not used to the fact that it’s handed to me automatically.”

Along with Moreno and Alagos, Neel Kumar ’22 joins the Executive Board as secretary, and Angeline Nur Dervisevic ’21 will oversee funding as treasurer.

The lack of candidates is a shift from previous elections, which saw multiple students run for positions.

Three years ago, Senate approved a new policy, requiring candidates for President and Vice President to have prior Senate experience, narrowing the number of people eligible to run.

Class representative elections will take place before the end of the academic year.