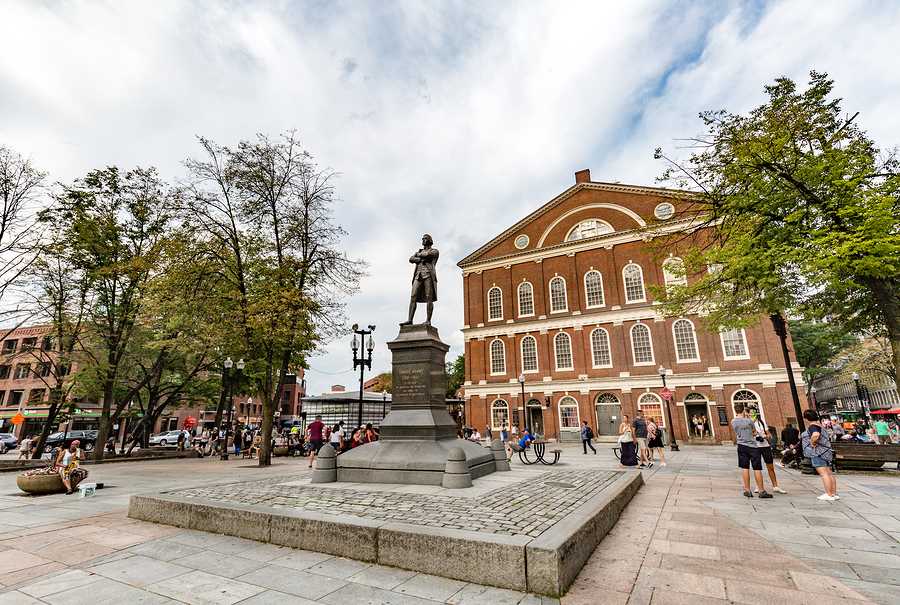 The invite-only lecture brought together 250 high-performing U.S. History students in the Greater Boston area, and is held annually around Constitution Day.

During the lecture, speakers with expertise in law and history discussed democracy, government, and constitutional rights. Students were expected to use critical thinking skills while listening, and were able to ask questions at the end.

This year’s topic was “Reconstruction: the Failure of Law and Its Enduring Consequences.”

Students heard from Heather Cox Richardson, a professor at Boston University and author of numerous books, including ​The Death of Reconstruction: Race, Labor, and Politics in the Post-Civil War North, 1865-1901.

Charles Lane, a celebrated writer for the ​Washington Post ​and author of the ​The Colfax Massacre, which explores the namesake watershed moment during the Reconstruction period, also addressed the crowd.

The final speaker, James Stewart, a professor emeritus at Macalester College, spoke about his 1986 book, ​Wendell Phillips: Liberty’s Hero, a biography of a noted abolitionist.

Miles Munkacy ’20, who attended the lecture, said, “It puts a lot of what we learned in U.S. History last year into perspective. We learned not just what our textbook thinks about reconstruction, we learned the different perspectives of historians and scholars on the issue.”

When asked if the lecture was worth attending, Assistant Head of Academic Affairs Joe Iuliano said, “Absolutely. It was historical, but also something that is relevant to today. I wish more people could have gone.”