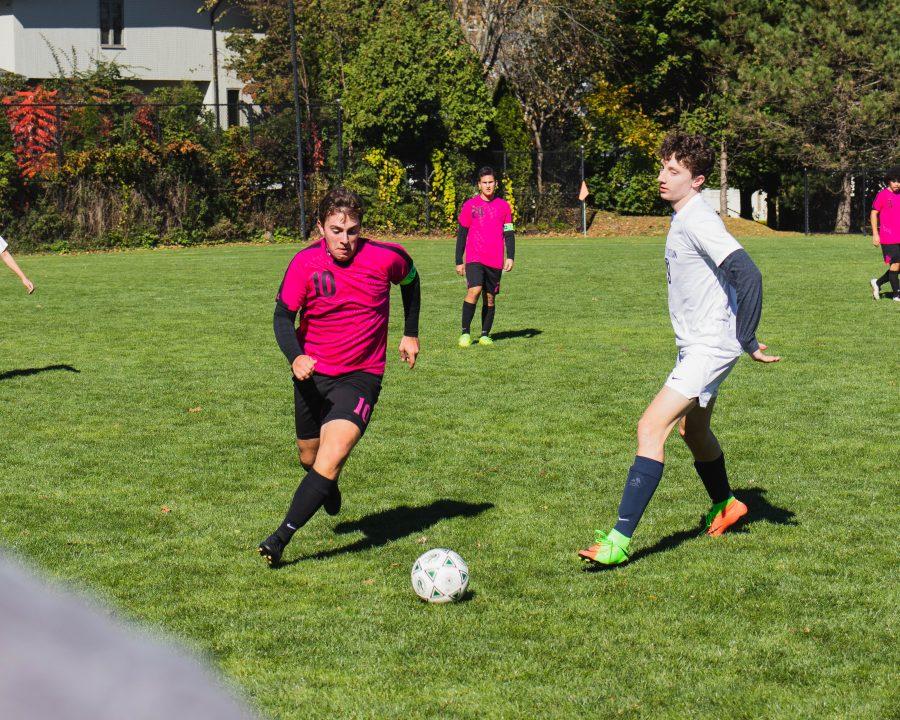 Olivier Khorasani ’20 defends as a BCA player attempts to make a goal.

Showing off their Brimmer spirit, over 300 community members attended Saturday’s homecoming at Orr Field, as both varsity soccer teams faced off against Bradford Christian Academy.

The girls made a strong comeback from being down 0-4 at the half, managing to tie the game with a last-second goal by Angeline Nur Dervisevic ‘21.

The boys played well and pulled off a 6-0 win.

Before the start of each game, Greenline performed the Star Spangled Banner.

“The performance was a great time for Greenline to show what they can do, and it was awesome to be a part of it.”

A highlight of homecoming is catching up with alumni, both old and new.

The event is a great opportunity for everyone to come together as a community, and this year, Homecoming certainly did not disappoint.

Pictures included in this article were taken by Edan Zinn ’23.