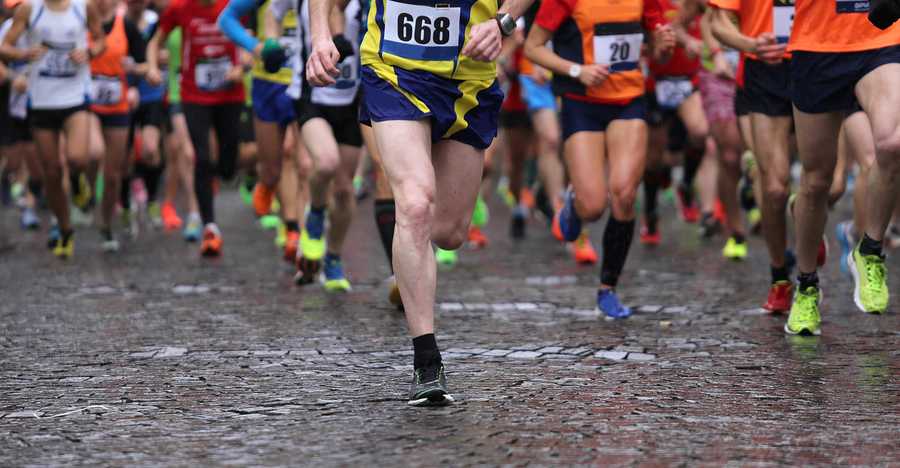 group of runners during marathon while it is raining

Abbey Nyland, assistant athletic director, won the Big Lake Half Marathon in Alton, NH last Saturday, while also coming in 13th overall in a field of 661 male and female competitors.

Brian Purcell, a humanities teacher and frequent runner in his own right, ran alongside Nyland for most of the race. Nyland was positioned, among female competitors, for a solid third place finish.

At the tail end of race, with under a mile left to run, Nyland summoned her last bit of energy to sprint past the second place runner. Nothing but a few hundred yards stood in the way of achieving a life-long goal.

Finish line in sight, and still one runner to beat, Nyland recalled tearing her ACL playing lacrosse at the Division I level. “I was out of the game for months. It was awful,” Nyland says. “After the injury, it was my own personal goal to gain my strength back to the point where I would be strong and fast enough to wine a race.”

Nyland was too determined to lose. She darted forward and crossed the finish line seconds before her competitors. “There is more than just a physical aspect to becoming a successful runner” Nyland says. “You have to believe in yourself, set goals and have a really healthy diet. It is a state of mind.”

In an activity as challenging as running—which requires a mental, physical and emotional component—it is no surprise that Nyland called this victory “among the proudest moments of her life.”

The first place prize was a gallon of authentic New Hampshire maple syrup, a welcome addition to her Mother’s Day chocolate chip pancakes.

“Being a Mother, teacher, and runner is hard” Nyland said. “The first two are my priorities, but whenever I find the time, the track is the first place I go.”