Op-Ed: This is Not Normal 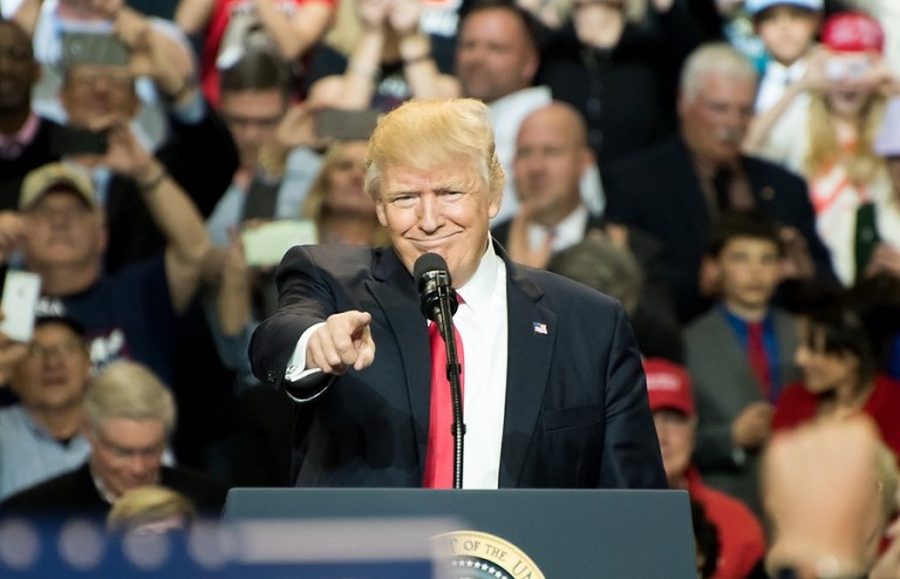 After Trump’s election in 2016, many of his opponents pleaded with the public to remember that the new commander-in-chief’s rhetoric and behavior defy convention.

The resulting catchphrase, “this is not normal,” has often failed to remain in America’s collective consciousness, as the president has traversed through one scandal after another.

However, in recent weeks, Trump has been embroiled in a scandal that would be catastrophic for any other president.

With the extensive news coverage of the catastrophe, it’s worth ignoring all the noise and remembering that what Trump has done is decidedly not normal.

To understand this situation, it is important to know who the Kurds are.

The Kurds are an ethnic group, with about 30 million people spread throughout Turkey, Syria, Iraq, and Iran. They are the largest stateless nation in the world, but in the semi-autonomous areas they control, they have a reputation of being more democratic and friendly to western nations than the countries they’re in.
Trump left America’s ally the Kurds defenseless in favor of oil fields.
They have been a vital U.S. ally for decades, fighting alongside U.S. troops in the Gulf War, the Iraq War, and most recently in the U.S.’s fight against ISIS. They were vital in the defeat of the latter terrorist group, decreasing their controlled territory from thousands of square miles to zero.

The Kurds relationship with Turkey is not as amiable, however, as Turkey considers them a rebellious terrorist group. For years, their ability to attack the Kurds in Northern Syria has been hampered by U.S. presence in the region.

That changed after Trump’s announcement.

Nearly 180,000 people have been displaced. Along with hundreds of military deaths, 120 civilians have been killed as well.

If that wasn’t bad enough, Amnesty International reports that “Turkish military forces and a coalition of Turkey-backed Syrian armed groups have… [carried] out serious violations and war crimes, including summary killings.”

The immediate death and destruction aren’t all the U.S. has to contend with now. As one NBC headline puts it, “Trump’s Syria pullout… is when America stopped leading the world.”

As the U.S. hastily evacuated, it left a power vacuum, ripe to be filled by countless unsavory actors in the region. Russian President Vladimir Putin, ever the opportunist, didn’t hesitate.

He struck a deal with Erdoğan, agreeing to jointly patrol and control the Kurdish region on the Syrian-Turkish border that was formerly controlled by the U.S., only after all Kurdish forces were expelled from the region.

The Kurds, understanding their imminent destruction, forged a deal with Syrian President Bashar al-Assad, their enemy for years. It allows Syrian troops to come into Kurdish territory to stave off Turkish attacks.

Despite all of these terrible happenings, Trump has continued to defend his actions and has refused to reconsider.

His reasonings have been objectively ridiculous at points. At one point, he posited that we shouldn’t help the Kurds because, “they didn’t help us in the Second World War. They didn’t help us with Normandy, as an example.”

Trump has, at times, given a more coherent answer. He believes that the U.S. should no longer be embroiled in war in the Middle East, and that American troops should no longer risk their lives in the region.

While that is a common and not entirely unreasonable sentiment, it has been undercut by his own actions.

Instead of taking American troops out of the region, Trump is deploying “hundreds of additional troops” to secure oil fields in Syria’s northeast.

Trump has abandoned an important strategic ally, nearly destroying them in the process, and allowed hostile countries to gain footholds in the region. Simply, his ignorance of the basics of his job led to violence, death, and a significant blow to the U.S.’s international reputation. It is an utter embarrassment.

In most presidencies, foreign policy disasters like this would cause mass protest and political upheaval (e.g. the protests against the Vietnam War in the 1960s and 1970s). Yet, everyone is too busy focusing on Trump’s other scandals to care.

None of that is normal.