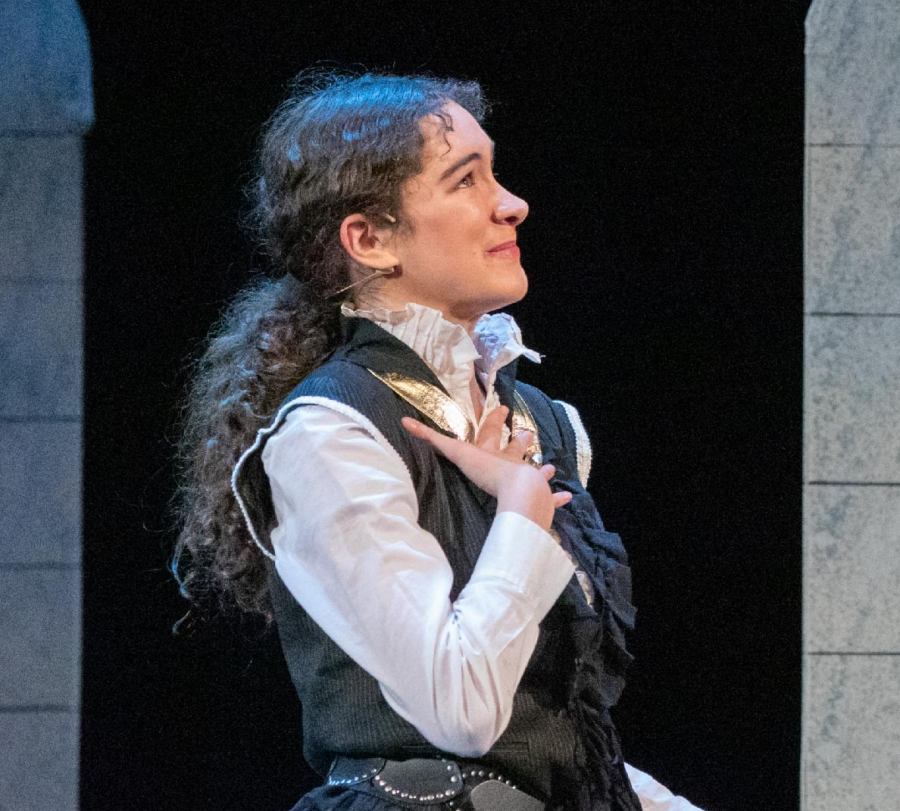 For the first time in 20 years, a student, Marlie Kass’ 23, advanced to the Shakespeare State competition.

The School held its qualifying competition in December with 14 participants, who each recited a Shakespeare monologue and sonnet.  After clinching first place here, Kass advanced to the regional finals at The English-Speaking Union in Boston, before moving on to compete at States.

“I decided to participate in the contest because I have always loved performing on stage and have been interested in Shakespeare for as long as I can remember,” Kass said. “As an actress, I memorize things, especially monologues and such, pretty easily, so that wasn’t too daunting.”

Kass competed at Mt. Ida College against nine semi-finalists, for a chance to compete in the national competition, held in New York City. She performed Helena’s monologue from A Midsummer Night’s Dream that begins “How happy some o’er other some can be” and Sonnet #12, “When I do count the clock that tells the time.”

She was also assigned a cold reading from Shakespeare’s work and performed without prior preparation.

While she did not qualify for nationals held in New York, Kass did an amazing job representing Brimmer.

Creative Arts Department Chair Bill Jacob, who sponsors the competition, expressed his congratulations. “There’s always a winner and Marlie is the only winner to make it to the states ever, so that’s pretty cool. She has 3 more years to try, so maybe next year she’ll make it even further.”