Op-Ed: The Democratic Path to the White House 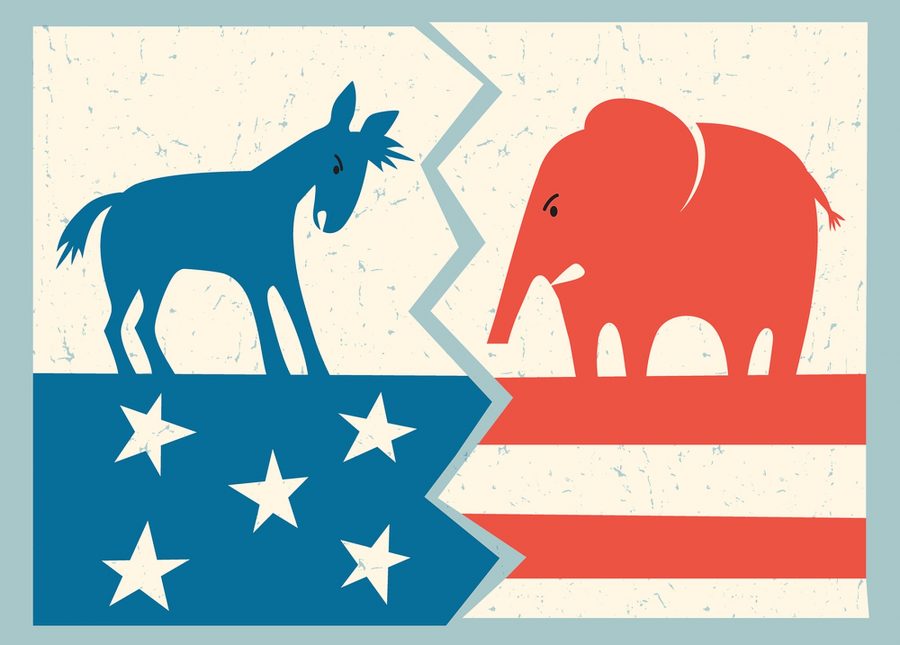 Although the current outlook for Democrats is pretty grim, they still have one promising path to reach the White House.

Historically, presidents who have a good economy throughout their term get reelected with little opposition. Ronald Reagan won his 1984 reelection in the biggest landslide the country has ever seen, with a total of 525 delegates. Bill Clinton was also reelected in 1996 with a good economy and a delegate count of 379.

An exception to this pattern is Barack Obama. Obama was reelected in 2012 for many reasons, but above all else was the lack of a solid Republican candidate. To Obama’s credit, the economy was getting better, but it was not as notable as the formerly mentioned Reagan and Clinton.

Trump’s approval rating is now the highest it’s ever been—similar to that of Obama and Bush during their reelection cycles.

Trump also has a booming economy to campaign on. Wages are high, unemployment is low, the stock market is on the rise, and businesses big and small are thriving.

The Democratic field this year still has no clear frontrunner. Even this late in the election cycle, candidates Bernie Sanders, Joe Biden, and Mike Bloomberg are still in contention for the nomination.

This mirrors a lot of what the 2012 Republican field was experiencing. The party didn’t have a clear frontrunner to rally behind. Instead, they were all struggling against each other.

At this point, the best chance of a Democrat being elected over Trump is if Sanders wins the Democratic nomination.

This is happening because wages are not keeping up with expenses. Healthcare, college, and housing are all getting more expensive. Whether or not you agree with his policies, Sanders has a plan, and that should be appealing to Americans regardless of their political views.

His plans are very well supported. Some of his trademark policies such as Medicare For All and fifteen-dollar minimum wage are supported by the majority of Americans.

Sanders also mirrors a lot of what Trump was like in 2016. In 2016, Trump campaigned on the fact that he was for the working people and was a political outsider. He was a populist Republican and anti-establishment.

He went against all definitions of politics by stating his thoughts, good or bad. Since Trump has been in the White House, he has fired a significant number of White House staff, gone against his advisors, and upset many individuals in the House and Senate.

Sanders campaigns on the same concepts. Although their policies may be polar opposites, the core of their campaigns are the same. Sanders claims that he’s for the working people and that he goes against everything politics has been traditionally defined as. He was first elected mayor of Burlington, Vermont as an Independent.

Sanders has started a completely new form of politics. Whether it’s calling for corporate money to leave politics, extreme taxes on the wealthy, Wall Street reform, or “Corporate Accountability”, he has clear visions and does not hesitate to share them.

Sanders also has the most vibrant base of supporters. He has had the most successful fundraising out of any candidate in the last full quarter. He raised 34.5 million dollars, beating out Pete Buttigieg by 9.8 million dollars.

This shows a clear contrast to the other candidates as far as his supporters’ enthusiasm goes. This is also evident in the first three caucuses and primaries this election—Sanders has won the popular vote in all three.

He has also remained steady in his beliefs throughout his political career, allowing him to appear honest and reliable to voters. That’s something that has been a problem in politics, not being able to trust the candidate.

Lastly, Sanders performs the best out of all the Democratic candidates in the Rust Belt against Trump. This region is an essential part of securing the presidency and is one of the reasons why Trump won the 2016 election.

The Rust Belt is filled with blue-collar workers—the main group Sanders appeals too. He’s currently ahead of Trump in the polls in Ohio, Michigan, Minnesota, and Pennsylvania.

While Sanders shows promise, his presidential election would be far easier if Trump campaigns on the same policies he did in 2016. If Trump attacks Sanders for being a socialist rather than his policies, that would considerably up the chances of Sanders being elected.

The media and corporate Democrats have already tried to use his socialist beliefs as a weapon against him, but they have not been as successful as they might have hoped.

If Trump is smart, he’ll attack Sanders based on his policies and communist history rather than his supporters and being a self-proclaimed socialist. But for those of us who don’t want to see Trump serve another term, let’s hope he hasn’t learned from the media’s mistakes and continues to focus on Sanders’ socialist identification.

Editor’s note: This story was written prior to Super Tuesday and has been backdated for clarification purposes.