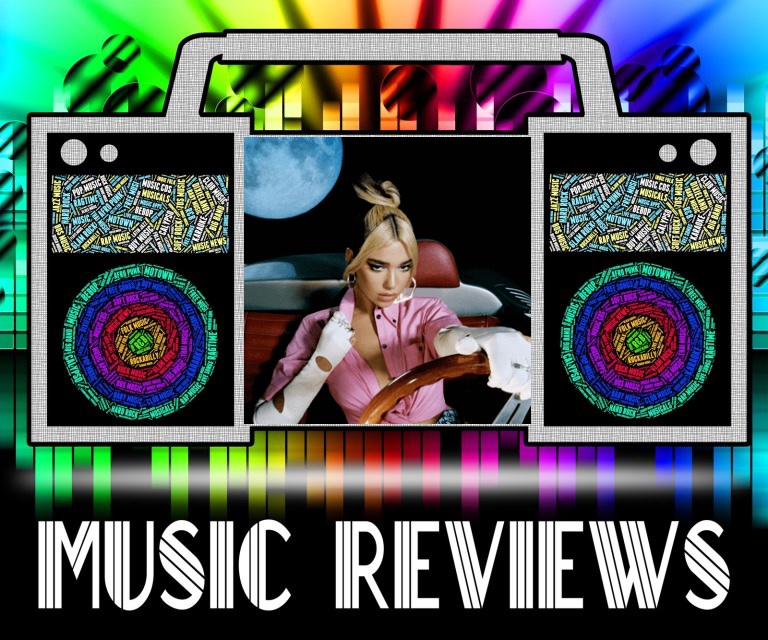 Since her self-titled debut album in 2017, Dua Lipa’s songs have been getting stuck inside people’s heads. With hits such as “New Rules,” “Mwah,” and “Electricity,” people across the globe continue to be excited about her newest releases. After “Don’t Start Now” was released in late October, fans had high expectations for the rest of Dua Lipa’s new album, and those expectations were met.

Future Nostalgia by Dua Lipa landed March 27, and during these difficult times, her new album is making me happy.

Overall, the album has a really fun and upbeat vibe to it. Even the album cover—featuring Dua Lipa driving a car in space—is enough to make me want to listen.

The titular song, “Future Nostalgia,” has a futuristic sound to it and opens the album well. It seems more chill than most of the other songs because of its talk-singing style.

The next song is “Don’t Start Now,” a favorite that many fans already know and love, while also playing constantly on radio.

The fourth song on the album, “Physical,” is also popular. The catchy tune and interesting lyrics make this song a big hit. It is definitely one of my favorites.

Then comes my favorite song on the album, “Levitating”. It has a disco vibe to it, but it still manages sound modern. Overall, it’s a really fun song.

“Hallucinate” is also an energetic song, which makes me want to dance.

Closing out the album is “Good In Bed.” It’s a pretty chill song, with some good vocals.

According to Apple Music, the two most popular songs on Future Nostalgia are “Physical” and “Break My Heart.” I can understand why, as these tracks are are modern and fun. Still, my  favorites tracks are “Levitating,” “Physical,” and “Good In Bed.”

I would definitely recommend listening to Future Nostalgia if you haven’t already. My final rating is 5/5 stars.