Op-Ed: Reflections on Learning About the Civil Rights Movement 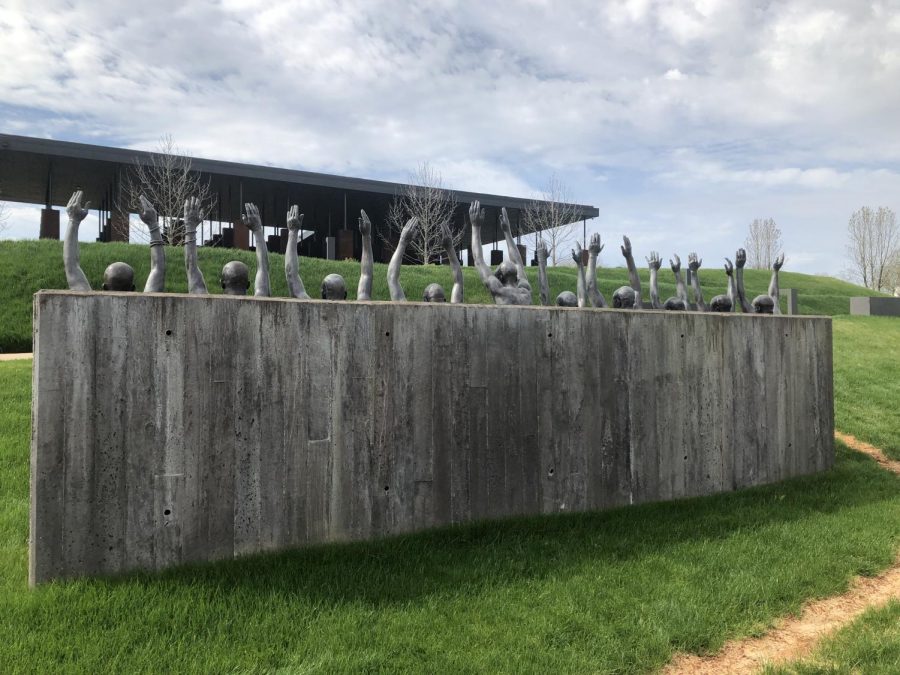 The lynching memorial at the Civil Rights Memorial Park.

Sometimes, learning about historical events in a classroom can seem distant. That begs the question, what can we—as students—do to better understand the past? In my experience, visiting historical landmarks can help bridge the gap.

Last February, I went on a four-day civil rights trip with my synagogue to Alabama. Initially, I was unsure if I even wanted to go on the trip. I had heard about the opportunity at the last minute, and I didn’t know what I would take away from it.

As our first destination, our group traveled to the Birmingham civil rights sites, including  the 16th Street Baptist Church, which white supremacists bombed in 1963. I felt a sense of unease about my lack of knowledge. Four young girls had died here, and I had known very little about it. Soaking in the history made the event seem less distant and more personal.

My feelings of hurt and disbelief continued throughout the trip. As we traveled across Alabama, our group discovered the Jewish involvement in civil rights. Although some Jews in the north joined hands alongside those fighting for freedom, others looked the other way.

From there, our group walked through a cemetery with a large central section dedicated to Confederate soldiers. We then went to Temple Mishkan Israel—the only remaining synagogue in Selma—and saw two of its four remaining members, who spoke of their experiences during the civil rights movement.

One member discussed how, as a 15-year-old, he cared more about sports than civil rights or events happening around him. I felt angry that he did not acknowledge his younger self’s failure to speak out against injustice. As a teenager myself, I would like to think that I would have acted differently.

Later, our group spoke to a black man also visiting a museum in Selma, who told us about getting arrested at 11-years-old for protesting for equality. I noticed a clear discrepancy between this man and the one I had met just a few hours earlier.

On the final day, we visited the Equal Justice Initiative’s Legacy Museum,  a “national memorial acknowledging the victims of racial terror lynchings,” according to its website.

Our group walked through the museum’s memorial and saw thousands of engraved names, victims of horrific racism and injustice. The deranged motives behind lynchings were difficult for me to understand, as I grappled with what I had learned—and how much more I had left to discover.

I still struggle to express how meaningful this trip was, even as I couldn’t experience everything. However, those four days were some of the most impactful of my life. During these trying times, in the wake of recent acts of injustice, I can only hope that more people visit Alabama to gain some clarity, and hopefully take action for supporting justice and equality.

Not enough about the civil rights movement is taught in school systems, and we as a community, a state, and a country need to care more.