Op-Ed: The Importance of Headlines 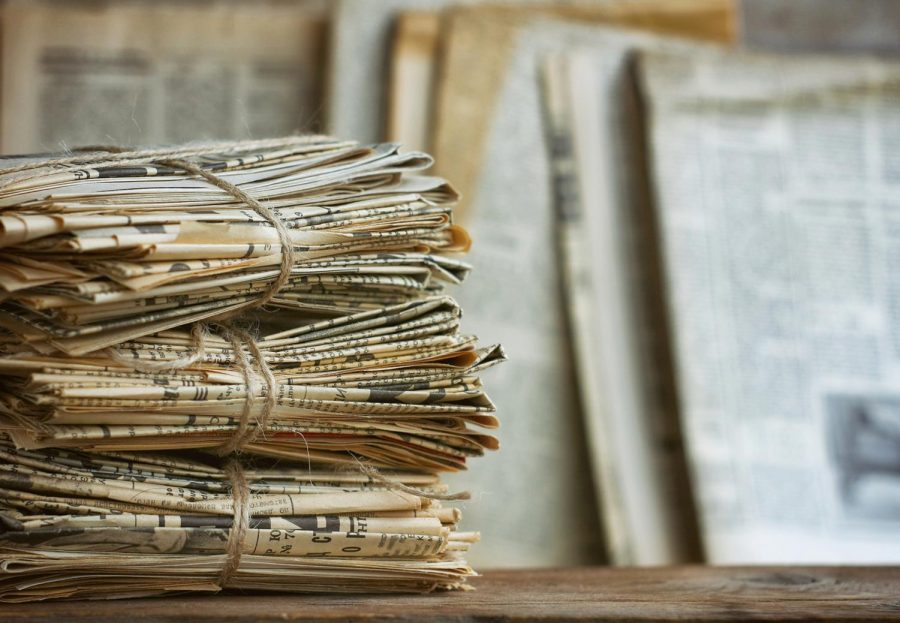 No one can deny that 2020 has been one of the most eventful years of the 21st-century so far, with the outbreak of COVID-19, the explosion of activism in the Black Lives Matter movement, and countless other headlines that surprised many.

With the internet, it’s very easy to lose track of time, and as soon as something interesting catches the viewer’s eye, they may forget what they were doing in favor finding something new.

With all of 2020’s events piling up one after another, some of the busiest people these days are reporters and journalists. The ones who keep us informed, and the ones that are able to shed light on confusing or even outrageous occasions.

And they can only do that if they have a stunning headline. The power of a headline is a big part of an article’s success.

However, now more than ever, headlines become more ominous, and some are even misleading. This could either be explained by the agenda of the reporter or the newspaper, or for sheer marketability.

Newspapers make their money by clicks. Every time someone clicks on a headline, that contributes to the money they’re making. It’s no secret that for that reason, reporters and editors must spend a considerable amount of time finding that perfect line that will grab attention.

And to do that, sometimes they’ll exaggerate; either just a little to garner just enough interest that will compel you to click, or it can be completely blown out of proportion. Other times, they’ll write about an unnatural occurrence multiple times in order to make it seem like the situation is graver than it really is.

For example, I have a very big fear of bees. Why, I’m not sure, but I do get properly freaked out when I see a hornet. So imagine my horror when I first caught this headline: “Murder Hornets in the U.S: The Rush to Stop the Asian Giant Hornet.”

In an article published in the New York Times, the writer, Mike Baker, wrote, “With queens that can grow to two inches long, Asian giant hornets can use mandibles shaped like spiked shark fins to wipe out a honeybee hive in a matter of hours, decapitating the bees and flying away with the thoraxes to feed their young. For larger targets, the hornet’s potent venom and stinger — long enough to puncture a beekeeping suit — make for an excruciating combination that victims have likened to hot metal driving into their skin.”

But then, I read through the entire thing, and, towards the very end of this piece, the writer mentions that these hornets have only been seen a few times in Washington state and are mostly native to Asia.

Notice how the headline was enough to make me jump to conclusions and freak out before even reading the article as a whole. That’s how these newspapers make their money by clicks; they pull this kind of stunt. And in 2020, when everyone is fearful and on edge with COVID-19, this becomes more important and, in a way, misleading.

This is mostly the case when it comes to articles fixated, or directed towards politics. However, I am in no way, shape or form, here to get political.

It’s a widely known fact that politicians always have an agenda. No matter what side they’re on, or what party they’re a part of. Neither party is innocent when it comes to spreading their ideals in the form of casual media consummation.

But this method of marketing and campaigning is especially important—this year in particular. 2020 has been filled with surprising and impactful events, and whether we realize it or not, we often hear about it through the media.

But what about the things that we don’t hear about? The absence of media coverage is also impactful in numerous ways.

An example of this is the uproar and many, many protests for the Black Lives Matter movement that followed the deaths of George Floyd, Breonna Taylor, Elijah McClain, and many others, and the call to defund local law enforcements for brutal behavior and discrimination against people of color.

In the weeks following, headlines of protests, riots, and arrests were all you would see when you opened a news app or website. The newspapers were screaming with the people about the injustice, but they fell silent not too long after. The novelty wore off a couple months later, and the horde moved on, just like they did with COVID-19.

Without this coverage, people don’t know that there are still protests happening. There’s a cycle of trends here; an event explodes, the coverage on it is all you see, but then it disappears. Even when these topics are extremely important. Too important to be treated as trends ebbing and flowing through our timeline.

It makes one think about how reporting will change, and how it’s changing right now. But for the moment, we need to dedicate ourselves to spreading the news, just as we have been doing for years, and how we will be doing it in the many years to come.