Op-Ed: The Past, Present, and Future of My Environmental Impact 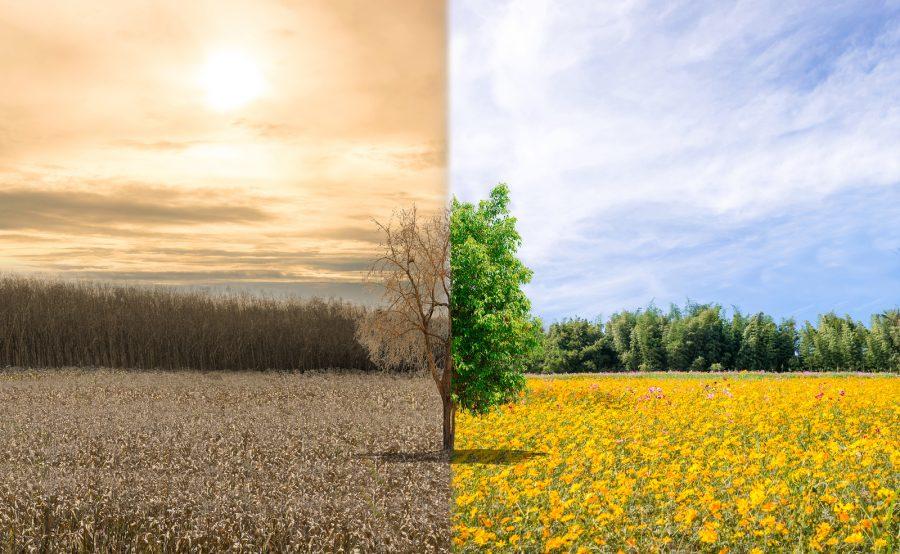 When you hear the term climate change, what do you think about? Maybe the wildfires, hurricanes, or plastic products.

Before middle school, the term “climate change” had little meaning to me. I wasn’t actively involved in protecting the environment, but I was still interested in the issues facing our planet. Then my 5th-grade year came along. I faced some personal struggles, and ultimately looked toward new hobbies to find a sense of community.

In 6th-grade, my parents decided to send me to Newport, RI to live with my grandmother. The year itself was amazing, but the environmental work I did with my school had a particular impact on my life.

It started with simple trash cleanups on the beach once a month. We partnered with a local activist group called Clean Ocean Access. Each month we would see an increase of trash that was piled up on the beach.

One January morning, our science class walked over to the beach. While it appeared that the beach was spotless, after thirty minutes, we had collected fifty-nine pounds of trash. This number was an eye-opener for me as it was substantially more than we had collected on previous cleanups.

However, that was not the first time I realized humans can have a negative impact on the environment. The past November, my science teacher announced that we would be working on infographics for the Town Hall Meeting in Portsmouth, RI about plastic bags and how they impact the environment. Our ultimate goal: to ban plastic bags.

Now, you may think that this was a grueling task. It was. We were responsible for gathering facts about plastic bags and presenting them at a Town Hall meeting in January. But I was thrilled to finally be given a real-life scenario to work on in school, and I eagerly went to Town Hall that January night. That night, the seven selectmen voted to move the bylaw to ban plastic bags forward to convene the next month.

I was determined to get this bill passed, so I did more research and went to the second Town Hall to report back to the council. That night, the town of Portsmouth successfully passed the bylaw with a vote of 6-1.

However, this wasn’t the only environmental work I did that year. Later that year, we were presented with the task of presenting in front of thousands of people about coral bleaching at the Volvo Ocean Race, a nine-month sailing race around the globe.

Again, I was excited to use real-life techniques to create this movie. We used facts and pictures to show the threat of coral bleaching.

But we didn’t only use pictures. We also used clay sculptures of coral that we made and replicated a healthy coral reef and a dead coral reef. I felt like this served as a powerful message to humans that climate change is real.

After a year in Newport, I came back home and attended Dedham Country Day (DCD) in 7th–grade. When I returned, I wanted to bring my environmental impact with me.

So, I went about setting up the school’s first student-run club in its 100+ year history devoted to the environment. Our goal was to make DCD a greener environment.

We presented to the Parent Association of the school on reducing plastic water bottles at campus-run events, and the school started used pitchers of water instead of bottles. Additionally, DCD introduced composting to the school—which dramatically reduced the trash level—last year. We also presented to the school about recycling and Earth Day. In addition to my efforts, DCD is currently working on partnering with the MIT Endicott Estate.

But our biggest accomplishment was finding a way to ban plastic bags in the town of Dedham. We partnered with the Dedham Sustainability Committee, which was working on the same task. We gathered information on the harmful effects of plastic bags, the impact banning them would have on businesses, and even what reusable bags the town should consider using. I was even featured in the Dedham Times and the Hometown Weekly about this issue.

On November 25th, 2019, we successfully banned plastic bags from Dedham with a unanimous decision.

However, my work for the community didn’t stop here. I regularly went to meetings as the only student in attendance. Other topics that came up included Styrofoam, plastic straws, and renewable energy. My favorite topic was when they invited TED speaker Robert Swan to come to Dedham. Swan deals with melting ice and was the first man to visit both Poles unassisted on foot.

So, how do I hope to use this experience going forward?

I want to help open the minds of my peers and teachers to the unbelievable damage that climate change can bring and how to solve some of the issues. Our environment is suffering, and we all need to pitch in to keep our planet healthy.