Upper School Play to Be Held on Zoom 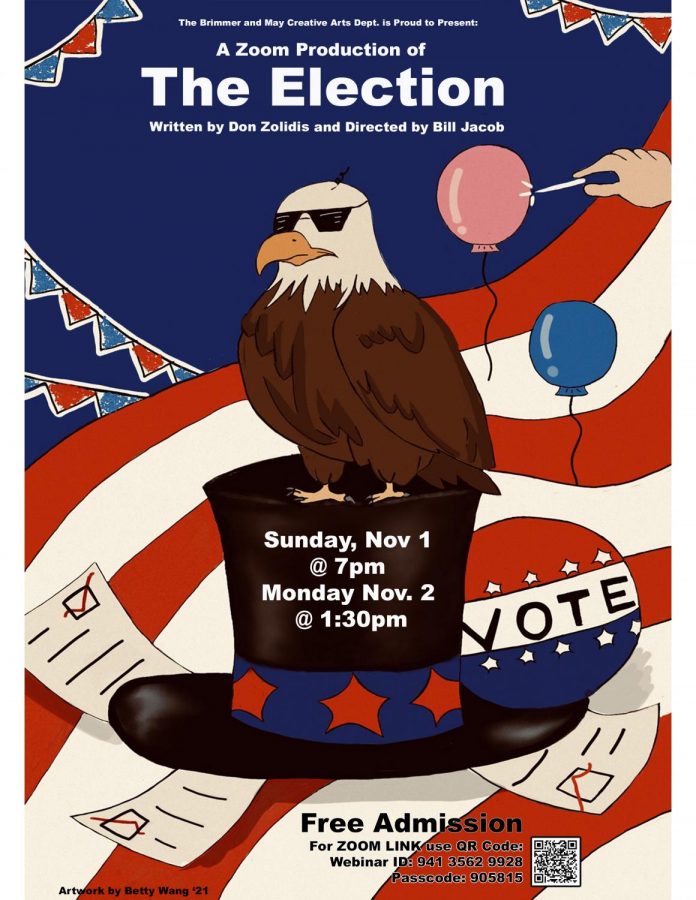 Due to the pandemic and restrictions on crowd sizes, the Upper School is getting creative by putting on its first virtual play, The Election by Don Zolidis, about a high-stakes high school election gone wrong.

Despite the conditions of the ongoing pandemic, Creative Arts Department Chair Bill Jacob is impressed by the cast, which has rehearsed largely on Zoom— or while masked and at least 6-feet apart. The Election will be performed on Zoom this Sunday and Monday, shadowing the November 3, 2020 Presidential Election.

“Neel Kumar plays Mark, a mediocre student who decides to run to bolster his college application,” Jacob said. “He is challenged in the race by Christy, played by Priya Mallidi ’23, who quickly demonstrates that she has money and resources to make the race a challenge. Egged on by Kyli, a student reporter played by Marlie Kass ’23, the two candidates do their best—and their worst—to succeed in a high school political fight that in many ways mirrors the red-blue battles that are taking place across the United States.”

While The Election was not written specifically for Zoom, Jacob said, aspects of the production make it suitable for a Zoom format—especially the use of campaign commercials in the production.

“We are very fortunate that Sophia Spring has volunteered her talents as a filmmaker for the production,” Jacob said. “She has been working as hard as the cast to create some really great content seen throughout the production. Otherwise, the cast has rehearsed together largely on Zoom, with occasional in person rehearsals that are, of course, masked and practicing social distancing.”

“At first I was confused about how the play was going to work,” Mallidi said. “Doing an online play can seem boring, but we found a way to make it interesting. And The Election works very well online.”

Performances will take place on Sunday night at 7:00 p.m. and Monday at 1:30pm