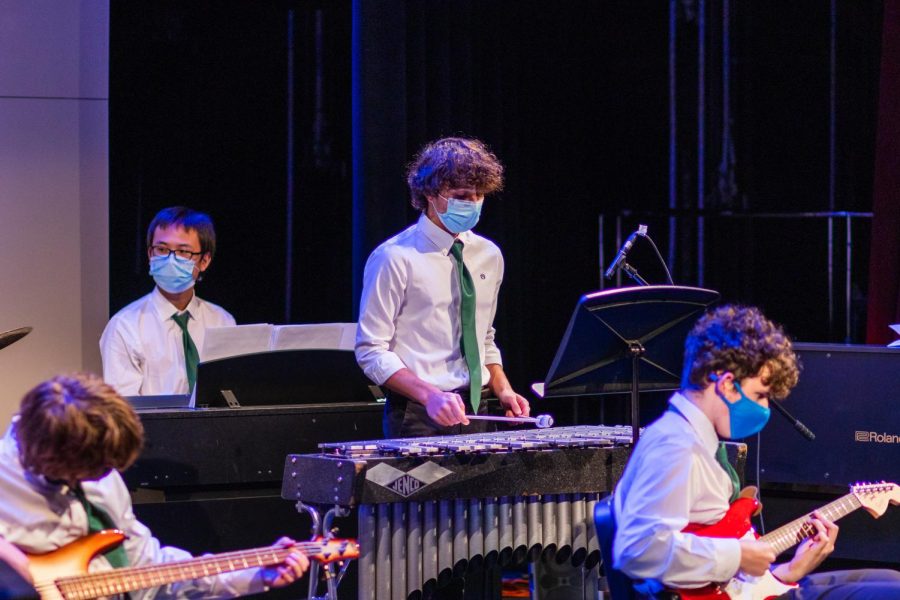 The band plays at a safe distance.

After spending the spring semester in Band classes on Zoom, the ensemble was able to begin rehearsing live again once returning to school in September.

The group has spent the past four months practicing in-person at a safe distance. Because of mask-wearing concerns, wind instrumentalists are unable to participate in live rehearsals and performances.

“It was a difficult process with both concurrent [and in-person] band members and having lost a lot of our best players from last year, but in the end it was a great experience,” guitar player Kieran Cross ’23 said.

A small group of audience members attended the performance, seated six feet apart in the theater. The performance was also live-streamed, allowing viewers to watch from home.