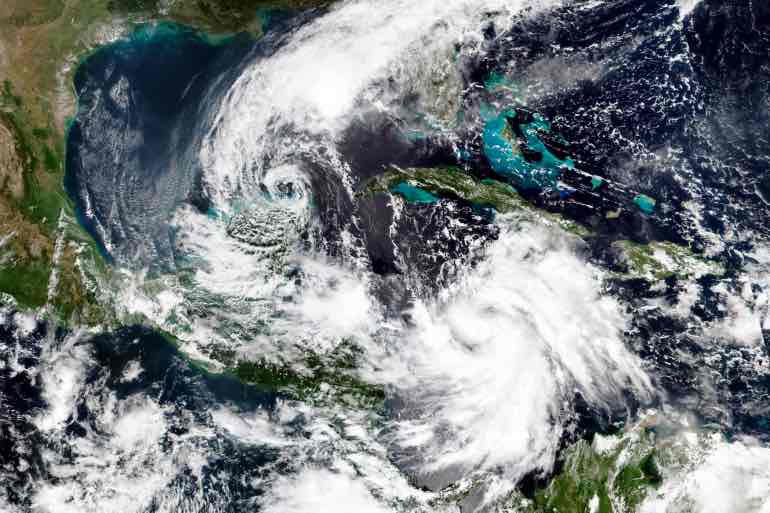 This year’s hurricane season broke many records, making it one of the most astounding I’ve witnessed in my lifetime.

To put it mildly, 2020 is what most people would consider a terrible year. The COVID-19 pandemic, political turmoil, social unrest, and natural disasters have taken a toll on the world.

A streak of record-breaking formations began in July with seemingly non-stop activity, and the strongest and most majors formed after September.

Rapid intensification, especially just before landfall, has also been common this year with storms like Laura, Sally and Zeta coming to mind. Hurricanes Delta, Eta and Iota intensified even more quickly, in what is sometimes referred to as “Explosive Intensification.”

Eta also caused massive devastation in Central America due to its slow movement yet powerful winds, and two weeks later Hurricane Iota made landfall in the same area.

Iota was the strongest storm of the season, becoming the Atlantic’s second Category 5 hurricane in November, and the first since 1932.

The gulf coast has had the most damaging storms, with the state of Louisiana having it the worst. Hurricane Laura caused massive damage to the Lake Charles area in late August. In early October, Hurricane Delta made landfall only miles away from Laura’s landfall. Zeta passed over New Orleans as a high-end Category 2 hurricane.

In 2005, the naming list was exhausted and the Greek alphabet was used, in accordance with World Meteorological Organization (WMO) rules.

But, if a destructive storm is designated by a Greek name, it can not be fully retired. For example, if Alpha was destructive and was retired in 2005, it would be retired as “Alpha 2005,” but if Alpha was the next storm name in another year, it would still be used.

In 2005, the storms that were designated with Greek alphabet letters didn’t have noteworthy and severe damage, so none were considered for retirement.

In 2020, this is not the case—Delta, Zeta, Eta and Iota have all caused memorable and severe damage, which brings up the debate of continuing using the Greek alphabet as the Atlantic auxiliary list.

This past Atlantic hurricane season will go down in history as the most active season by named storms, or, more simply, the most active Atlantic season. 2020 will be a memorable year for many things, and this is certainly one of them.