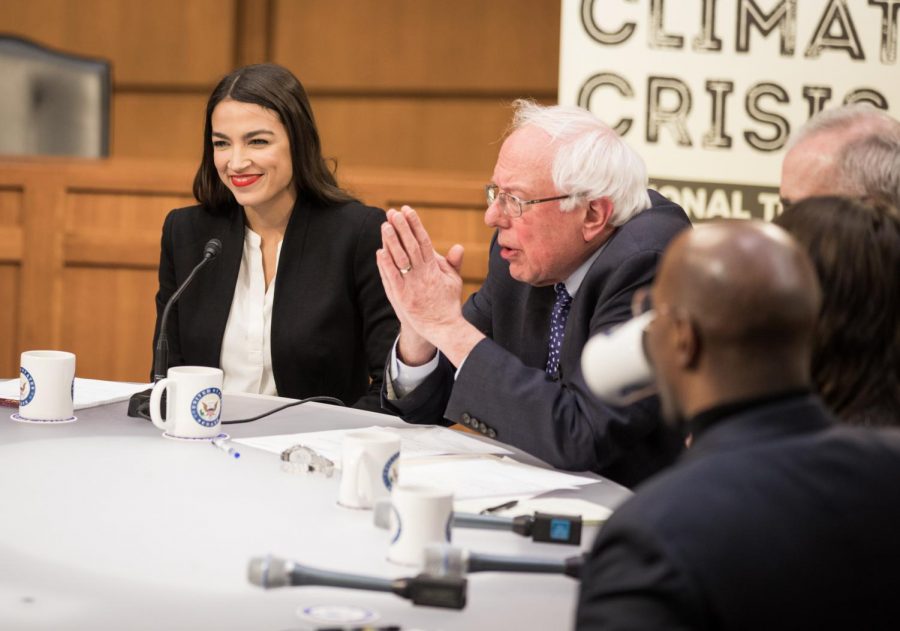 When looking at US politics, there are two words that have been turned into scare words through propaganda in the 20th century: communism and socialism. The two red scares in 1919 and the 1940s were instrumental in this, where the U.S. mass media and government promoted heavy anti-communist propaganda.

Communism is a stateless, classless society where the everyone own the means of production and the resources are shared equitably among the populace.

Socialism is a transitional system into communism, which involves the workers seizing the means of production.

However, in the past two elections, one of those words has lost the scare factor it had before—that word being socialism.

In both of his campaigns, popular progressive senator Bernie Sanders referred to himself as a Democratic Socialist. This isn’t an accurate description of his policies because he does not support workers owning the means of production.

He has countlessly referenced Scandinavian countries as examples of “Democratic Socialism” when they are actually reformed free-market economies that just export the cheap labour outside of the country.

Countries running on the Nordic Model benefit from imperialism and don’t support the international proletariat.

Though Sanders voiced his support for some literacy and healthcare programs in socialist countries such as Cuba, he doesn’t support communism.

While I’m happy with the work Sanders has done to de-stigmatize the left, he is extremely moderate outside the realm of American politics.

Compared to other former presidential candidates, Sanders would be deemed extreme, however, candidates like Pete Buttigieg and Joe Biden, who are seen as moderate, are actually center to far-right.

Sanders should not call himself a socialist because of the term’s stigmatization. In American politics, his views are seen as radical, yet he’ll only guarantee social democratic policies that other countries would consider common sense.

As someone who identifies themselves ideologically as a communist, I find myself asking the question, what was Sanders’s plan? I find it confusing that Sanders identified himself as a Democratic Socialist when the term doesn’t seem to align with his beliefs.

Editor’s note: This story has been backdated for clarification purposes.