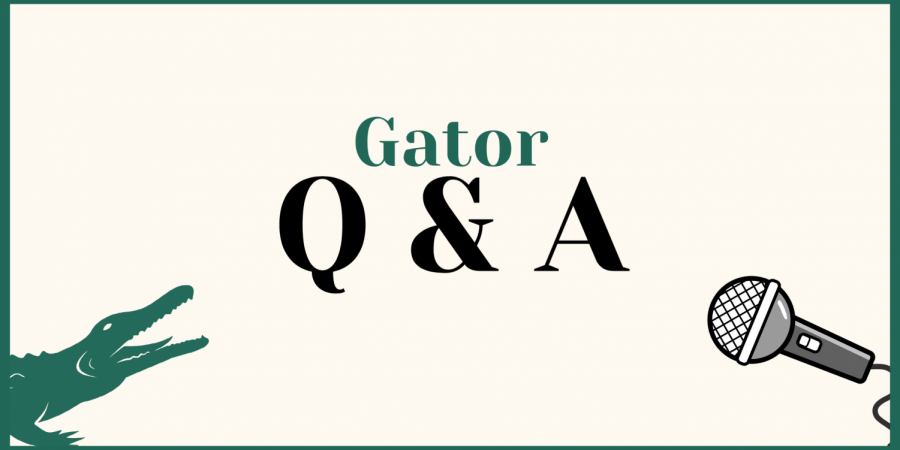 “The whale type of this fish can weigh as much two elephants.” This was one of many questions Dean of Students Paul Murray answered correctly when he appeared on Jeopardy! in 1998, his first year teaching here.

After the recent passing of the game show’s host, Alex Trebek, The Gator spoke with Murray for his take on his experience.

Not only did he compete on the show, but he competed twice, even winning one of those times.

David Cutler, who was Murray’s student when he appeared on the show, remembers watching his teacher on the show.

“I was so excited to see my English teacher win,” Cutler said. “Honestly, I was so proud of him and I felt a great sense of pride as his student.”

What was your experience like getting on the show?

Well, it all starts with the testing. I had to apply along with a ton of other people, and remember, this was before social media. So they picked names out of a hat, and like 1000 people get to go through a test that they have, where it’s 50 questions in 50 different categories, so they want a wide variety of knowledge. If you get a high enough score, you go through a mock run-through of the show with two other contestants, and then if you do well in that, they tell you that they want you on the show, which they did to me.

Basically, you go out with 15 other contestants and 3 people go at a time while the others sit in the audience and wait for the next show. The show airs every day, but they actually only record on Tuesdays and Wednesdays, and they tape 5 shows each day. I didn’t get called on Tuesday, but I did get called up for the first show on Wednesday. My show actually ended up airing around 2 months after that.

How well did you end up doing?

In my first game, it was really close, but I strategically bet enough money to win by $1, which I ended up doing. After, I was expecting to take a break, but they filmed all 5 shows in a row, so I had to go change clothes and put makeup on, completely changing my look for the next show because it would be aired on a different night than my previous show. In my second game, I made it to final jeopardy, and I lost it on the last question. Honestly, it wasn’t about the money for me, it was just a really awesome experience overall.

What was the hardest part of the game for you when you were playing?

The hardest part for me was easily the buzzer that we had to click to answer the questions. When they were filming, Alex would say the question, and then lights would flicker, signaling that we were supposed to buzz in. If we tried to buzz in before the lights, we got locked out for ½ second, which is why sometimes you see people on the show trying to click their button really fast, because they’ve been locked out.

As you know, Alex recently passed away due to a lifelong struggle with cancer. What was it like being on the show with him?

It was hard to get to talk to him, because Alex had to be very impartial to each contestant, he couldn’t look like he was favoring one over another. In the time I did get to speak with him, I could tell he was a very calm and kind person, and I really did enjoy talking with him.

When Alex passed away, I’m not ashamed to admit that I cried a little. Alex was such an amazing person to all, and he was really an icon of decency and kindness to me, which I was always inspired by.