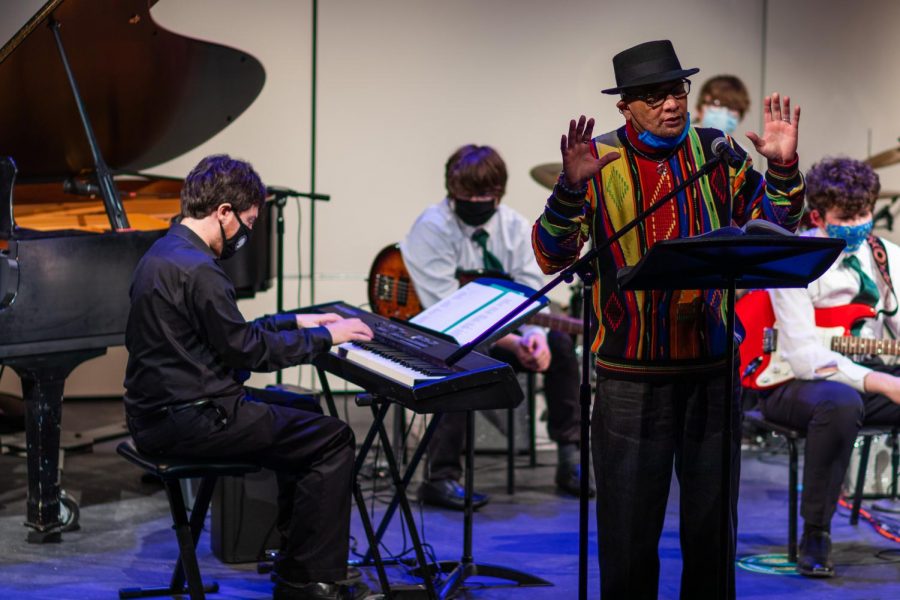 On Thursday, the Upper School Ensemble invited two of its artists in residence to perform at a virtual concert. Terry E. Carter, “The Brown-Skinned Poet,” recited poetry while accompanied by Jonathan Fagan on jazz piano. Carter authored a trilogy of books, which he calls “spirit-led, inspired verse by a dynamic voice in American Poetry.” Fagan began “The Jonathan Fagan Ally Project” and has performed with Carter at numerous local events. To close out the concert, The Band joined Carter and Fagan to play Beloved Country.