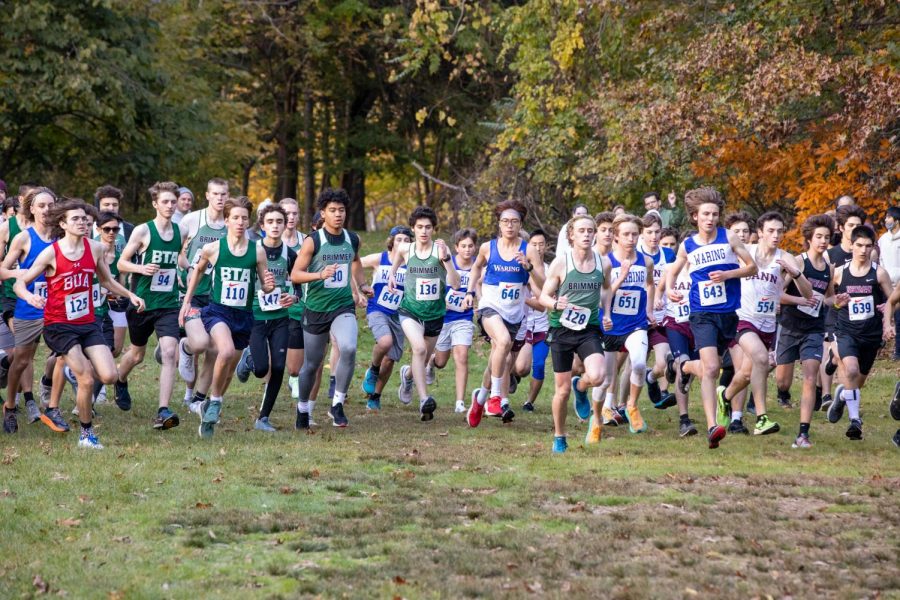 The Boys Cross Country team starts the championship off strong.

The Gators edged out Gann Academy by just four positions, 53-57.

For the Girls team, Talia Hammer ’23 led the way for the Gators with a 9th place finish. She was followed by Chloe Scholnick ’25 in 22nd place, Leah Bell ’22 in 27th, Sophia Spring ’22 in 37th and Eleanor Reyelt ’23 in 44th place. Those results placed the girls in 4th place in the meet, just a single point behind the Cambridge School of Weston.

Additionally, as a result of both regular season races and finishing positions in the championship races, Gamble, Zinn, Livingston, and Hammer were all named MBIL All-Stars. Through a vote of the league head coaches, Gamble also repeated as league Most Valuable Runner.

“I am very happy with how the race went,” Gamble said. “Our boys team did extremely well and everyone had their best race by far this season.”

“With the large amount of athletes in our team who are trained for other sports or running for the very first time, it was really impressive to how they bought into competing well,” Gamble said. “It was clear that everyone put in their best effort to compete and win.”

Reflecting on his own performance, Gamble shared the strategies for his win.

“I got off fast and was able to dictate my own race from start to finish,” Gamble said. “I managed to push myself to a really great result without running anyone else’s race but my own. Overall, I was really pleased with how I ran.”

Quinn Nielsen ’23 is proud of his work in the championship as a multi-sport athlete.

“I have absolutely loved my experience in Cross Country,” Nielsen said. “Improving my time and getting in shape for the basketball season has been very rewarding.”

“The progress each person has made since the beginning of the season is incredible,” Hammer said.

While Hammer expressed admiration for her teammates’ effort and strength, she also praised the sportsmanship fostered at the race.

“When people finished running, they went to cheer on others and celebrated their success just as much as their own,” Hammer said.

“I am very proud of everyone on the team,” Spring said. “I think I performed very well and I am happy with the results.”