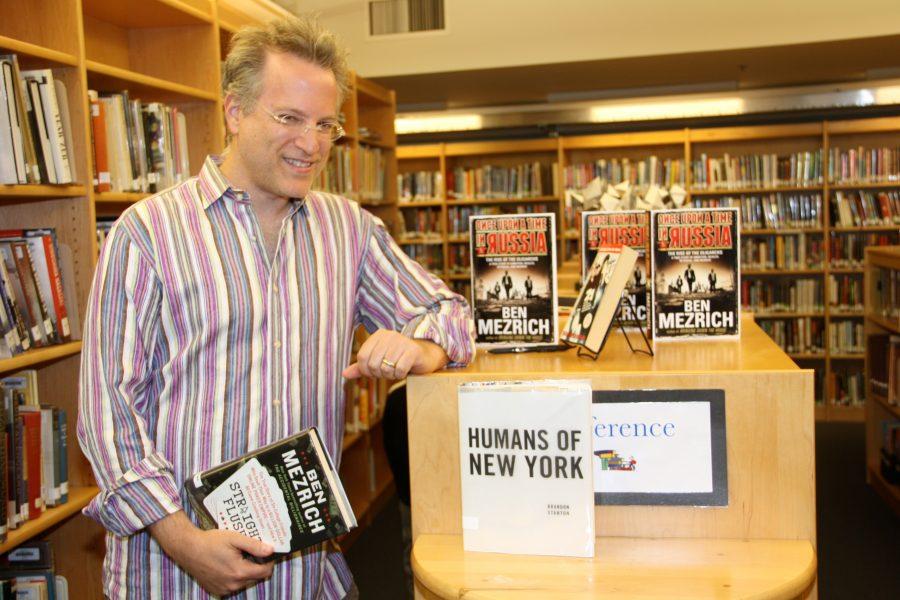 In a packed Ruth Corkin Theatre, the 11th Annual Bissell Grogan Humanities Symposium was kicked off with a keynote address from author Ben Mezrich, whose 16 books, including Bringing Down the House: The Inside Story of Six MIT Students Who Took Vegas for Millions, perfectly suited this year’s theme, “Innovation and Disruption.”

Mezrich wrote nine books in his first year as a novelist, receiving 190 rejection letters (one was from a janitor who had found a thrown out copy of one of Mezrich’s manuscripts). After several years, Mezrich began to enjoy some success writing “trash, sci-fi medical thrillers,” but his breakthrough came when he ventured into a popular MIT bar where a group of students, flashing $100 dollar bills, grabbed his attention.

“In New York you see $100 dollar bills. In Vegas they come out of the ATM machines. But in Boston you don’t see $100 bills,” Mezrich said, recalling that he approached one of the students, Jeff Ma, who invited over to his apartment. “[Ma] points to his laundry,” Mezrich continued, “and in his laundry was $250,000 in just stacks of hundreds. So, immediately I thought this kid has got to be a drug dealer. But he’s not. He didn’t look like a drug dealer. He’s a really nice kid. He said ‘tomorrow, come with me to vegas, I want to show you something.’”

Additionally, Mezrich explained how he happened upon the topic for his next book, The Accidental Billionaires: The Founding of Facebook: A Tale of Sex, Money, Genius and Betrayal, which received attention from Hollywood from the get-go.

Mezrich ended his address by taking questions from the crowd. Asked if he had any advice for aspiring writers, Mezrich replied, “It’s such an incredible way to live, but it’s extremely hard. I always tell people to watch the movie The Terminator, the original one. There’s a scene where it describes what a Terminator is, and they say this is what he does, and this is all he does, and he absolutely will not stop until you’re terminated. With writing you have to have that same passion and love for it, and do it and do it and do it.”