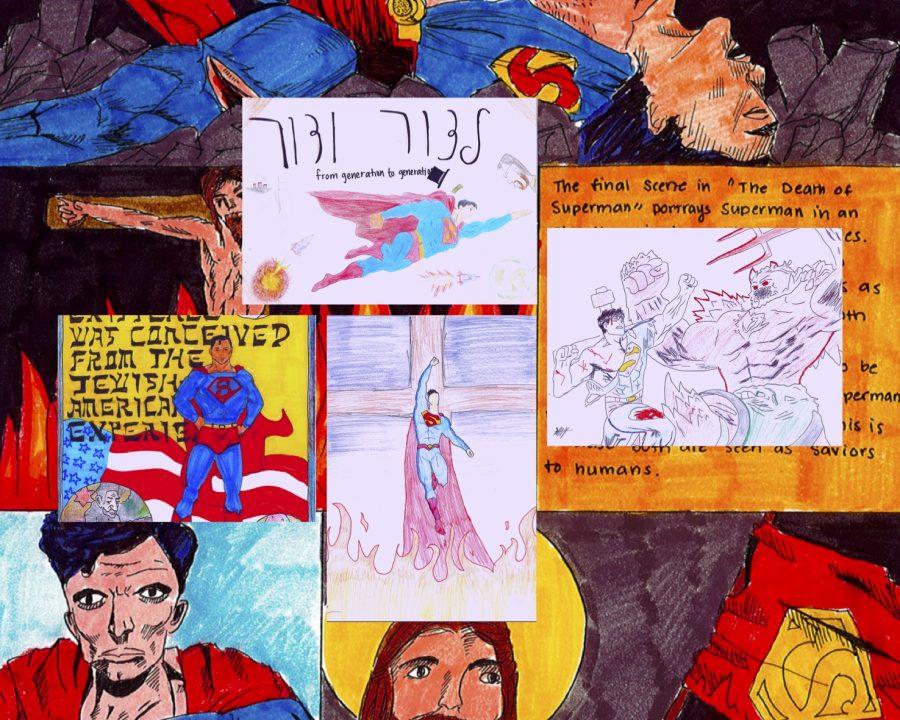 Design by Pop culture students in the Class of 2020.

In this Semester I course, through a pop-culture lens, students examine Jewish immigration in American history, especially before, during, and after World War II. First, by examining the American Jewish experience through the superhero comic book genre, students learn about how the “Man of Steel” represented more than just an alien from another planet who could leap tall buildings in a single bound. Students delve into the history of Jewish immigration to America and how comic book creators used the medium to fight aggression and appeal to humanity.

“This is a terrific option for students looking to learn not only more about Jewish immigration, but also how many of America’s greatest superheroes were created to represent strength, resolve, and conflict resolution during one of the most turbulent times of the last century,” Jewish Immigration teacher David Cutler said. “Through assessing graphic novels, comic books, and historical monographs, the class is meant to mimic a college seminar. Rest assured, students do not have to be superhero fans to take the class, and nobody will ever be tested on who has what superpower or weakness. This is a serious humanities class, through and through.”