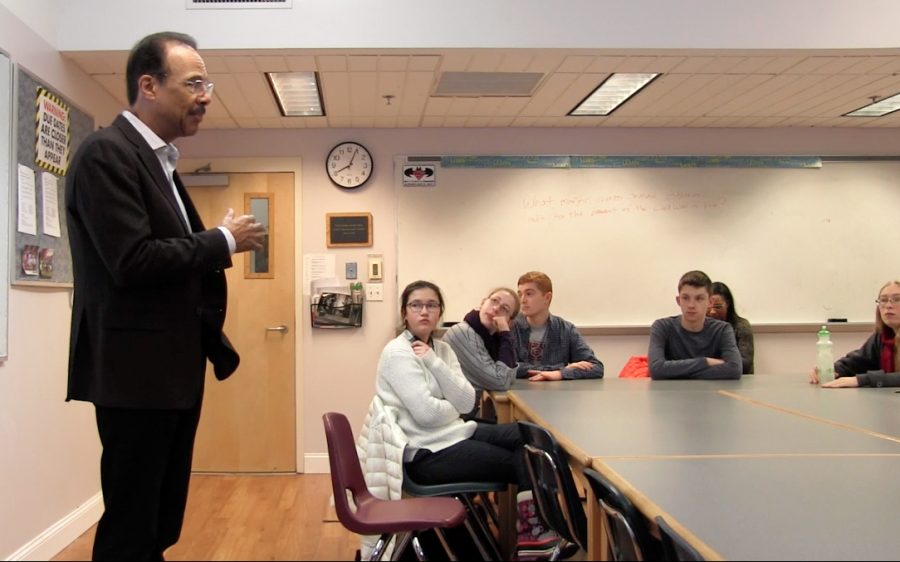 Spencer Christian, who spent 13 years reporting for ABC’s Good Morning America, visited The Gator Newsroom Tuesday to speak with student-journalists about the current state of media.

Christian, who is currently the weather forecaster for ABC-owned KGO-TV in San Francisco, also spoke about his seasoned news career—which include interviews with American presidents, celebrities and professional sports stars.

“It was a huge honor having such a revered television journalist address my students,” said Gator adviser David Cutler. “Mr. Christian personifies the quality and diversity of reporting that I want student-journalists to emulate.”

Christian’s visit also came at an opportune time, as The Gator is working hard to expand and improve upon its broadcast coverage. In a recent article, Editor-in-Chief Sam Ravina ’17 wrote, “The Gator is ramping up efforts to produce photos and videos that enhance its content. We are creating more polls, viewer-response sections and breaking news feeds that make the online paper all the more relevant to its viewers.”

To honor Black History Month, Christian also addressed the middle and upper schools about growing up in the segregated south [click here for coverage]. He is the father of Director of Diversity Jessica Christian.