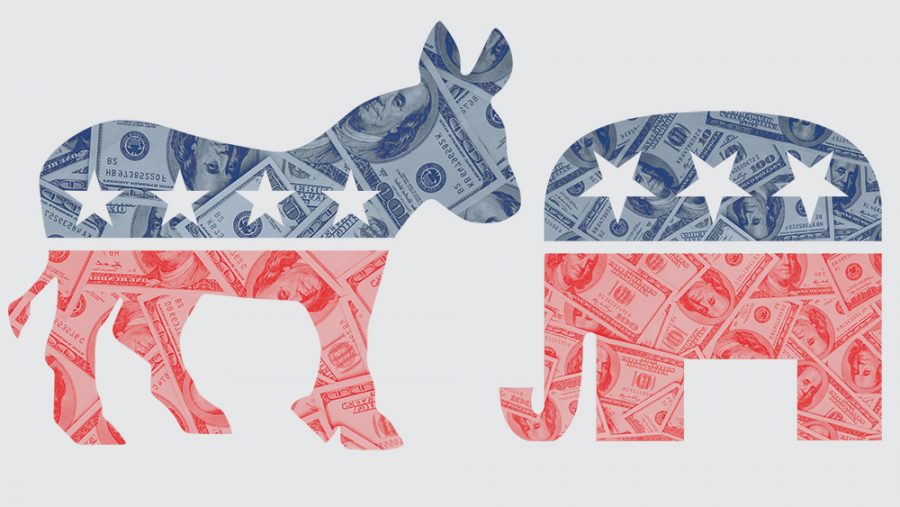 In a landmark 2010 case, Citizens United v. Federal Election Commission, the Supreme Court ruled 5-to-4 that the government cannot regulate or restrict the spending of corporations, unions, and other groups for political campaigns. Masked under the veil of the first amendment, this ruling melted a century’s worth of campaign finance laws and gave way to a flood of unlimited money in politics.

To understand the magnitude and scope of contemporary campaign finance laws and its implications today, let’s first briefly explore some history. From the birth of our republic, money has been tied to politics. In fact, politicians used to raise money for their campaigns by going directly to corporations.
Virtually powerless due to over-regulation and oversight by Congress, the FEC has failed to provide legitimate election and campaign oversight.
After a series of regulations initiated by President Franklin Roosevelt in the 1930’s to limit corporate interference in political campaigns, political action committees were created in the mid-1940s. Known as PACs, these entities developed separate from corporations but still received funding from them to influence political elections. This circumvented new laws in place restricting corporate involvement in political campaigns.

PACs went generally unregulated until the creation of the Federal Election Commission (FEC) in 1975. As with many things in Washington, the FEC grew increasingly dysfunctional and quickly became little more than a lip service agency. Virtually powerless due to over-regulation and oversight by Congress, the FEC has failed to provide legitimate election and campaign oversight.

With Citizens United now the law of the land, Super Pacs continue to corrupt the democratic processes.  Super PACs don’t make direct contributions to politicians running for office, but instead fund ads and sponsor content that is in favor or opposed to a particular candidate. Additionally, Super PACs face virtually no regulation from the FEC—or any other body for that matter— on fundraising or spending.

Democrat Larry Lessig, a professor of law and leadership at Harvard University who has since dropped out of the presidential race, ran his campaign on a platform of campaign finance and elections reform. “The system is rigged to favor the powerful and well-connected, and it ignores the voices of ordinary citizens,” states Lessig’s now defunct campaign website.

To improve the existing system, Lessig proposes The Citizen Equality Act of 2017, “a package of reforms that would allow Congress to listen to voters instead of a few funders,” according to a draft of his bill. This comprehensive legislation would also put an end to gerrymandering and further protect enfranchisement for all Americans. Such comprehensive and thorough legislation has not been proposed by other candidates

Although Lessig’s campaign failed, Bernie Sanders is taking up his rallying cry. Sanders has long supported efforts to end Super PACs and restore election power to the people, not corporations. In a blog post on Sanders’ website, titled, Getting Big Money Out of Politics and Restoring Democracy, he explains why Citizens United is so distressing. He says, “The Citizens United decision hinges on the absurd notion that money is speech, corporations are people, and giving huge piles of undisclosed cash to politicians in exchange for access and influence does not constitute corruption.”

Sanders prides himself on not asking for or receiving large contributions from corporations, Super PACs and individuals. According to the Center for Responsive Politics, Sanders has received 98 percent of total campaign contributions from individual donors. He has only received a total of $25,000 from political action committees—a paltry sum when compared to other candidates.

On the other side of the aisle, the story is quite different. Republican Jeb Bush received more money from Super PACs than his campaign itself could raise. In numerical value, Governor Bush received over $103 million in endorsements from the Super Pac “Right to Rise,” and only has a total campaign fund of $31 million. The financial differences between the two is drastic. It is astonishing that Bush is able to receive support from Super PACs with larger budgets than his own campaign.

Without sufficient oversight, Super Pacs have the ability to manipulate and misinform on a grand scale—far beyond what has previously been seen. Money should not elect representatives, the people should.