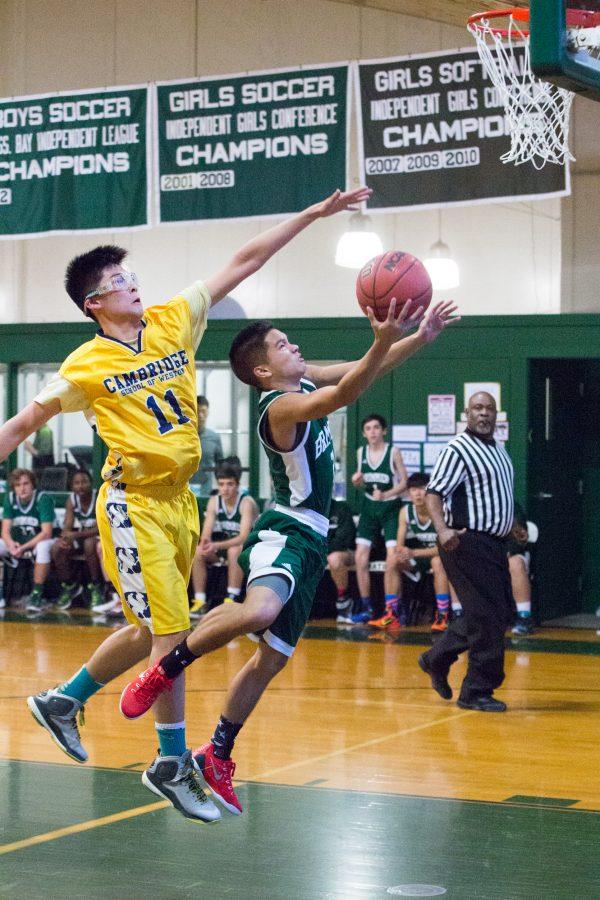 “The defense chants were going and it was definitely distracting to the other team,” said Gasperini, who added that the game was “a mix of emotions and a cool experience.”

Senior Night featured a hard-fought matchup against the Cushing Academy Penguins. The Gators lost 73-62, with the seniors playing their hearts out in front of their home fans for the final time.

“It was a mixture of sadness, excitement and nervousness,” said Mikula. “The atmosphere was the best it’s been all season.”

Fontaine, who came to Brimmer this year, reflected on his first and only year on the team. “I loved it, I love the guys on the team. I wish I could have been here longer.”