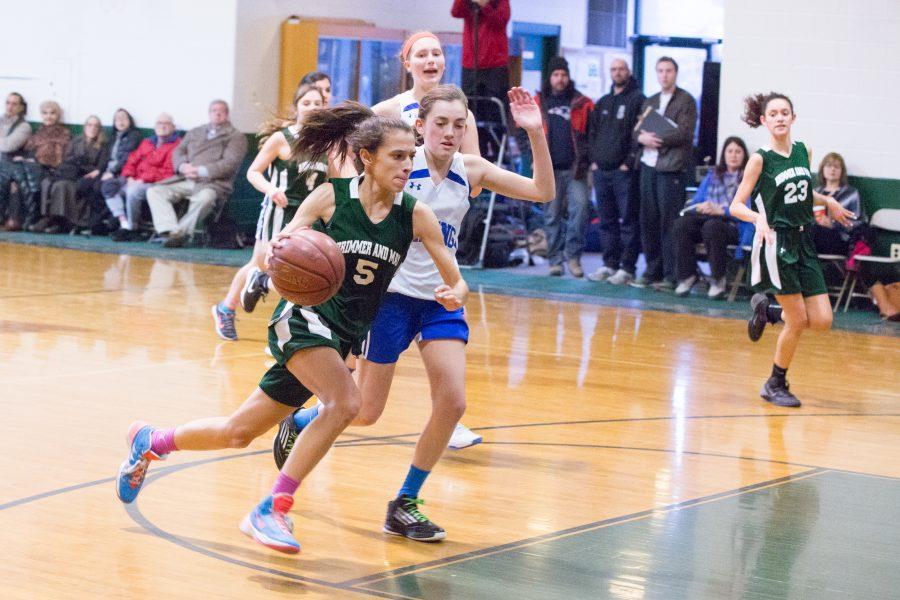 The varsity girls basketball team saw an end to a strong season last Wednesday, after losing 43-23 against Oakwood Friends School during the NEPSAC quarterfinals.

The team ended the season with 7 wins and 9 losses, and its young roster will provide even stiffer competition next year.

“Even though they were a very young team, I was quite impressed with the effort that they put into every practice,” said Athletic Director Jeff Gates. “That effort is what got them to their first playoff game.” The team has high expectations for itself next season, hoping several games farther in the NEPSAC playoffs.

The girls arrived in Connecticut with high hopes but fell short of the win, despite strong defense and consistent effort throughout the game.

“I think we were all excited for the game,” says Caiti Cullen ’19. “We were nervous but I think we had confidence in each other.”

“I was very nervous to play in the NEPSAC game,” said Amy Nwachukwu ’18.  They are at the top of their league, so it was intimidating at first, but we kept up with them and played strong defense.”

The girls should hold their heads up high. That said, the team’s playoff finish signifies notable improvement from last season, wherein they finished the regular season with a losing record.

“At the beginning of the season I wasn’t confident that we would be a great team, but we came together and developed different skills that really helped us thrive,” said Amy Nwachukwu ’18. “Now we are a strong team and even though we didn’t win our NEPSAC game we learned a lot from being together.