Community Still Raving about ‘In the Heights’ 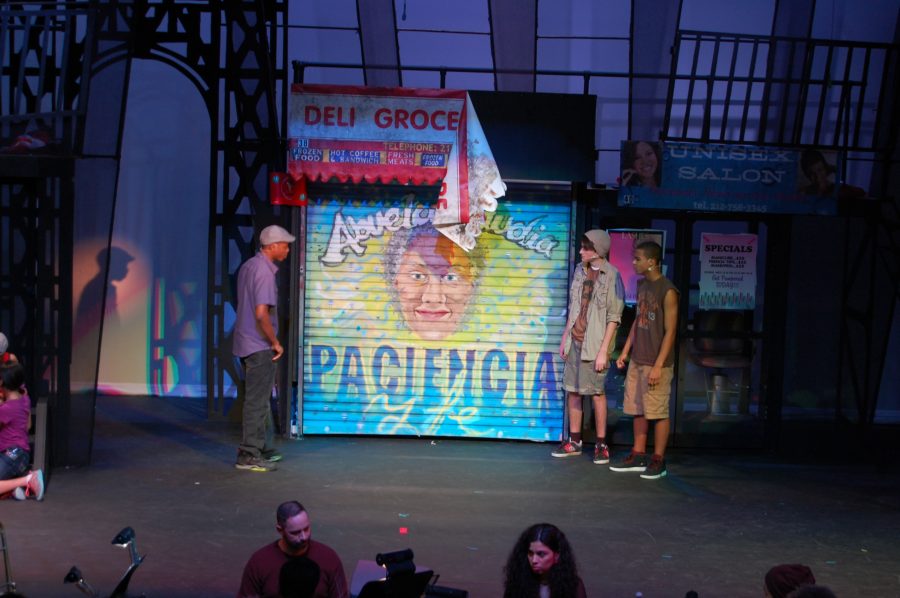 In the Heights debuted last Friday to rave reviews, with many calling it the best Upper School musical in Brimmer and May history.

The show takes place in New York’s Washington Heights, a largely Latino neighborhood facing significant change. The curtains opened to a jaw dropping hip-hop solo by Usnavi, a lead character played masterfully by Dashaun Simon ’17, who sings about hardships faced by the residents.

“I think that the impact we made on the community is huge,” says Nunez, noting her own Latino heritage. “It was about race and immigration, and the reception we got shows how people find their home at Brimmer. The experience was particularly heartbreaking also because this will be my last show at Brimmer.”

“I think our performance as a team touched a lot of lives,” says Ni, who will be attending the Berklee School of Music next fall, adding that he and other cast members were particularly moved when they saw audience members crying. “This is what I want to do as a musician for the rest of my life,” he says.

“One of my favorite things about about doing this show about home and family is that it really mirrors the culture of Brimmer and May,” says Olivia Malmstrom ’16, who played a delightful ensemble role. “We were acting out what we were really feeling.”

Audience member Steven Ramsden ’19 says, “If you were to close your eyes you could not tell if it was a Broadway show or a Brimmer and May musical. It was amazing.”