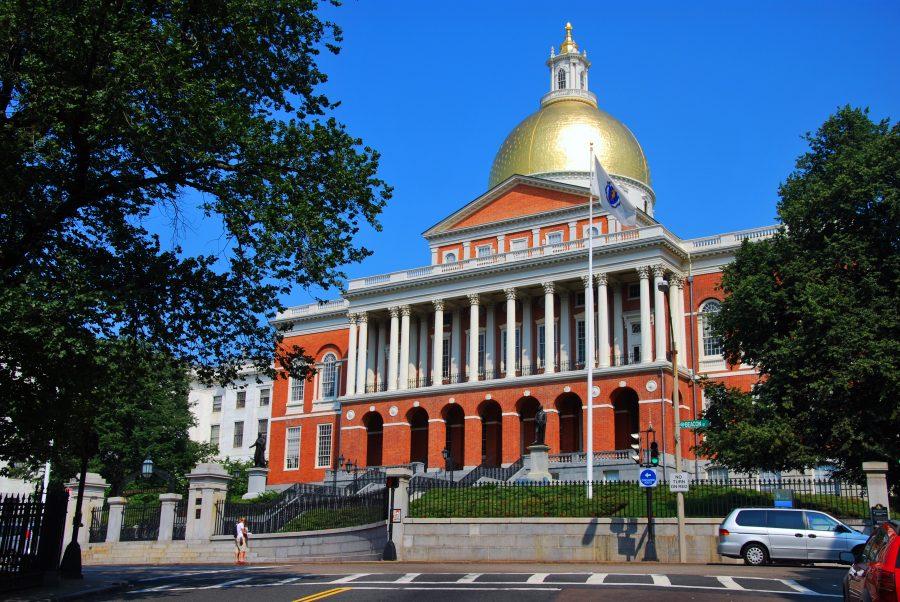 The Attorney General (AG) is the chief prosecutor of those accused of breaking state law. The AG can largely arrange the order in which cases are heard in court, giving the position political influence that has, in the past, frequently been used as a steppingstone to the US Senate or Governor’s office.

Newsmakers asked Healey’s press secretary, Chloe Gotsis, about the AG’s positions on local issues and her efforts in office the past sixteen months.

1. Since taking office in January 2015, how has the Attorney General influenced the political discourse in Massachusetts?

AG Healey made history when she was elected in November as the first openly gay attorney general in the country. As a woman, a former professional basketball player and civil rights attorney, Healey energized young people around the state. She focused her campaign on giving a voice to the powerless, educating people about the power and potential of the Attorney General’s Office. She pledged to fight for homeowners facing foreclosure, students bullied in school, and workers cheated out of their wages, and promised that as Attorney General, she would fight to ensure everyone has a fair and equal playing field.

2. In a speech at Chapman Law School in 2005, Supreme Court Justice Antonin Scalia (who passed away little over a month ago) said, “If you’re going to be a good and faithful judge, you have to resign yourself to the fact that you’re not always going to like the conclusions you reach.” Set aside that attorney general and supreme court judge, are, in fact, two different positions— has there been case in which the Attorney General’s beliefs would lead her to one outcome, but the letter of the law to another?

AG Healey was a leading voice in the fight for marriage equality. The right to marry the one you love is not a matter of politics—it is a matter of basic civil rights. As the people’s lawyer, AG Healey fights for all residents of the Commonwealth and works to ensure that everyone has a fair and equal playing field. She is a tireless advocate for the people of Massachusetts and has tackled rising healthcare costs, gun violence, domestic violence, human trafficking and criminal justice reform.

3. Numerous developers, including MGM and KG Urban Enterprises, have submitted proposals to build resort casinos to the Massachusetts Gambling Authority. In her 2015 campaign, the Attorney General ran on total opposition to new casino development. Since then, Democratic House Speaker Robert DeLeo has joined former Democratic Governor Deval Patrick calls to support for these proposals, arguing that casinos will create jobs and help local businesses. Will Speaker DeLeo’s support for the proposals lead the Attorney General to reconsider her opposition?

During her campaign and since taking office, AG Healey has been open about her opposition to expanding gambling in the state. She is opposed to gambling from a consumer protection standpoint and supported the ballot question to repeal the state’s casino law. Since taking office in January, the AG has made gaming enforcement a top priority of her administration. She is committed to enforcing consumer protection laws, prosecuting related criminal activity and ensuring that casinos uphold their commitment to host and surrounding communities. AG Healey believes that no casino should be allowed to deviate from important consumer protection regulations set forth in the gaming law and that any other variance sought should be subjected to a full and transparent public process. The AG has also committed significant resources to the her office’s Gaming Enforcement Division to investigate and prosecute any attempts by organized crime to infiltrate the state’s gaming industry.

4. The Attorney General stated her opposition to full legalization in her 2015 campaign. Following laws in Washington and Colorado, a movement to legalize recreational marijuana is gaining traction across the nation. Does the Attorney General stand by the position her stated in her campaign, and if so, is it a priority of her office now to actively defend that position?

AG Healey has stated her opposition to full legalization, but she does support the decriminalization of small amounts of marijuana as well as medical marijuana. Her opposition to full legalization was informed by conversations with attorneys general from Washington and Colorado, where voters passed marijuana legalization referendums in 2012. They have not seen a drop in drug trafficking and have seen people from out of state purchase vast amounts of the drug to traffic it. AG Healey has serious concerns about the implications of fully legalizing marijuana.

5. Last year, the Supreme Court guaranteed the right of gay couples to marry on a 5-4 vote in the case Obergefell v. Hodges. The ruling held that the Fourteenth Amendment—more specifically, the Due Process Clause and guarantee of equal protection under the law— requires States to recognize gay marriage. Given that as a result of this decision, gay rights advocates accomplish their largest objective, will the Attorney General continue to prioritize the concerns of LGBT Americans, or will she turn her focus to other issues?

The historic decision by our nation’s highest court that ensured marriage equality throughout the country was a huge victory for the dignity of all Americans. But, there are still battles that remain. There is currently no federal anti-discrimination law preventing LGBTQ people from being discriminated against in the workplace. It is still legal to fire someone based on their sexual orientation or gender identity in 29 other states. We also need to work to protect LGBT youth; 40 percent of homeless youth identify with the LGBTQ community.

6. The Joint Committee on Telecommunications, Utilities and Energy in the House recently held hearings on An Act Combating Climate Change, a bill proposed by State Sen. Michael Barrett that creates a revenue-neutral carbon tax. The bill, SD 285, has picked up over 40 sponsors in the State House and Senate. Does the Attorney General support this bill, and if so, does she envision the bill facing any major legal obstacles?

AG Healey’s responsibility is to protect the environment and reduce the threat of climate change for the people and families of Massachusetts. The AG’s office led the way in the Supreme Court case Massachusetts v. EPA and praised the EPA and President Obama for its final rule to cut greenhouse gas pollution under the Clean Air Act. Climate change is associated with costly public health impacts as well; it increases ground level ozone, which impairs lung function and can result in increased hospital admissions.

That said, renewable energy sources have a price just like any form of energy. But, when thinking about that price, we have got to keep in mind the larger context—the energy market has been distorted by massive subsidies for fossil fuels companies, who have dominated the market over the last century. The United States is spending $4 billion a year on outdated oil and gas tax breaks for drilling costs, manufacturing deductions, and wells depletion which date back nearly a century.

Since taking office and throughout her campaign, AG Healey has traveled around the state meeting with families and youth to educate them on the role of the Attorney General and the full scope and reach of the office. She launched a first-of-its-kind division for the office, the Community Engagement Division, in May. The division focuses on bringing the AG’s Office and its work into neighborhoods and communities across the state.

On the whole, helping and advocating for young people is a top priority of the AG. She recently traveled to Salem and played basketball with campers at the Boys and Girls Club in Salem. AG Healey knows that young people are the future of tomorrow and she has made it a point to educate them on the importance of participation in the political process from an early age.