Delicate Power in ‘House of Cards’ 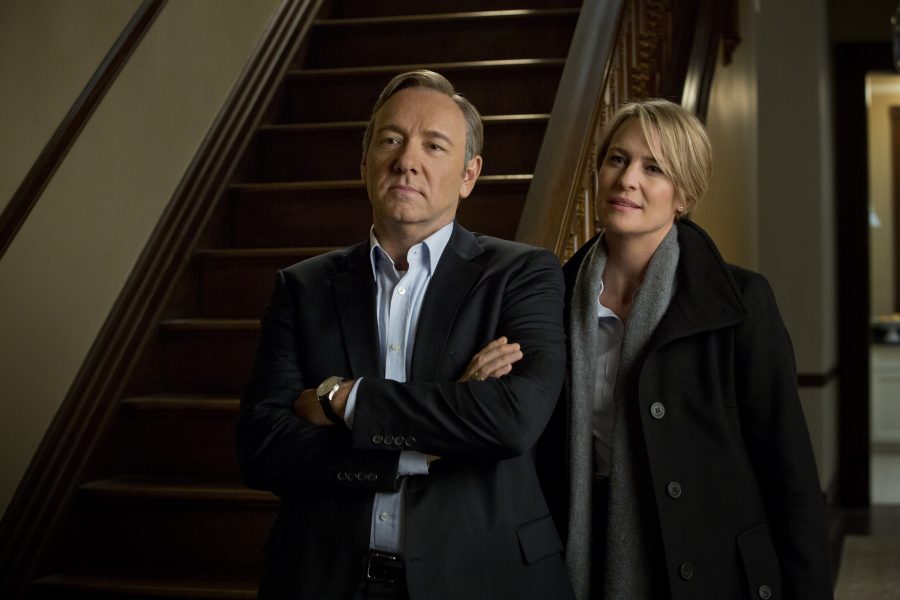 We see how dirty politics play out in the news, but Netflix’s House of Cards, featuring Kevin Spacey and Robin Wright, let’s us imagine anything we might miss.

The popular political drama produced by Netflix and directed by Beau Willimon makes dirty politics as dirty as we can imagine, yet somehow sustains a painful realism. Francis Underwood, the corrupt politician played by Spacey, tempts our cynical imagination of the inner workings of our nation’s capitol, fostering the illusion that events so unbelievable could really happen.

We know the road to power can take hard work and sacrifice, but what does it look like when it is full of corruption and hypocrisy? Maybe like a House of Cards, as it gets taller and taller, it is harder to balance—and one slip and the whole thing goes crumbling down.

The Struggle for Power

The struggle for power takes place on two fronts: Francis’s party works to hold its seats in Congress, while his attempts to advance his political ambitions without knocking his closest relationships out of a delicate balance.

Claire Underwood, Francis’s wife played by Wright, screams of a corrupt, power-hungry politician. The discovery of Claire’s true character challenges the viewer continually. Because she does not speak to us directly as Frank does, we are forced use the way she stands, walks and talks down to anyone who crosses her in order truly understand her character.

Both Frank and Claire struggle for power at times, and always seem to surrender or fight and come out stronger. In the end, is it Mrs. Underwood or Claire?

Frank and Claire are an ideal power couple. They need each other for very different reasons; Claire is intrigued by his ruthlessness and passion for power—his stop-at-nothing approach. Frank is mesmerized by Claire’s ability to get others to listen to her. She makes him feel stronger. No doubt, though, the most intriguing part of their relationship is that they share a cigarette every night dressed formal as can be.

Breaking of the Fourth Wall

Among this show’s many outstanding elements, at times Frank looks into the camera and talks directly to the viewer.

This device entrusts you with Frank’s deepest, darkest secrets, forcing the viewer to build an intimate understanding of the character’s struggle for power.

While nothing will be spoiled here, House of Cards is coming to an end. The characters are being polished, your questions are being answered, and the next and final fifth season looks to put the last few cards in the deck.