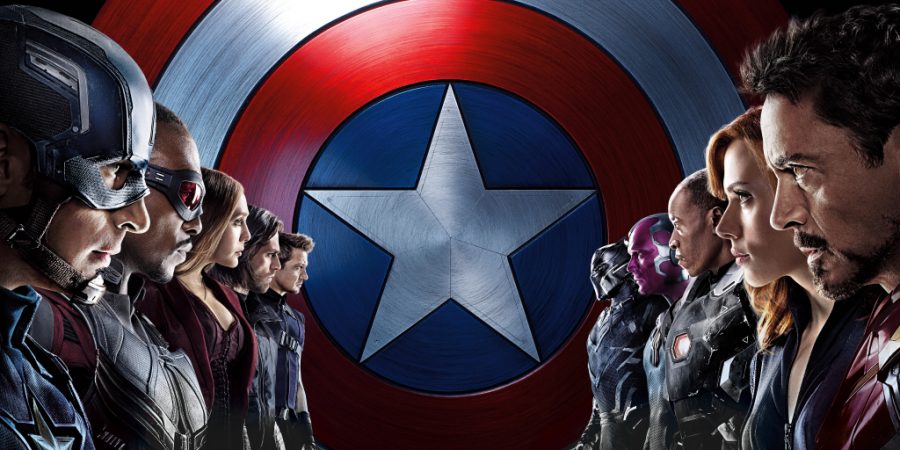 Marvel just completely schooled DC on how to make a superhero match-up movie. Whereas Batman v. Superman: Dawn of Justice felt overstuffed and ridiculous, Captain America: Civil War not only is the best Marvel movie to date.

This installment picks up shortly after the disastrous events of Avengers: Age of Ultron, where an entire city is destroyed from collateral damage. With political pressure mounting, especially after more life is lost at the start of Civil War, the team is divided. Should the Avengers remain free to defend humanity without governmental oversight, or should they only swing into action only with United Nations approval?

“We need to be put in check. Whatever form that takes, I’m game,” says an unusually serious Iron Man, who joins forces with Vision, Black Widow, Black Panther, War Machine, and newly introduced Spider-Man, who is the best incarnation yet of the famous web-slinger. He is witty, and I love his banter during one epic smack-down.

This is a superhero movie with substance and meaning. As an educator, I appreciate that the film raises the question of ethics in imminent danger. Does the right thing entail risking one’s own safety to help even if his or her actions sometimes lead to unintended consequences? If an oversight body decides when and where to intervene, and for what reason, what happens if others disagree with the decision? Who holds that body accountable if things go wrong?

“Captain America is right as a matter of principle, but I can absolutely see myself siding with Iron Man if I was someone who actually lived in the Marvel Universe,” says my friend and DC writer Josh Elder. “For a film with approximately bajillion characters, it never felt over-stuffed. Everyone was given a moment to shine in the quiet moments and in the fight scenes.”