Rave Reviews for ‘Sound of Music’ 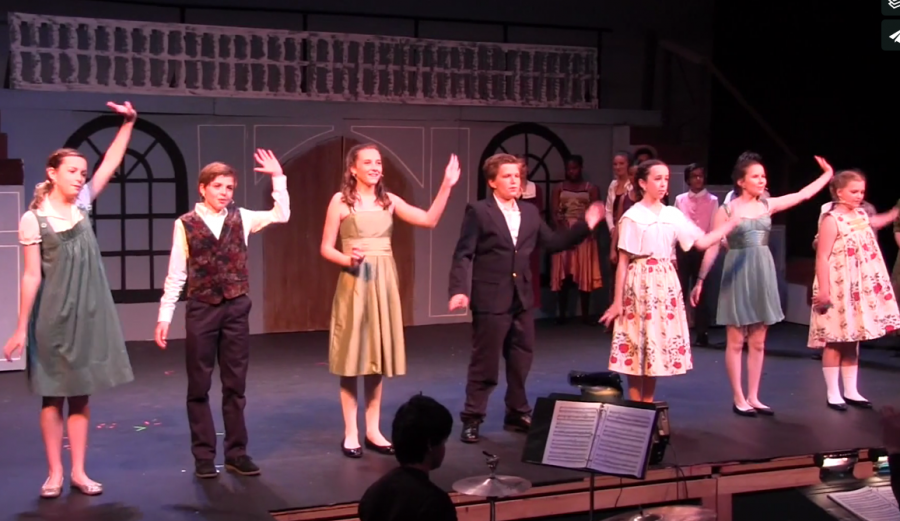 Based on a true story, the musical revolves around Austria’s famous von Trapp singers in the late 1930s. Students displayed tremendous skill and professionalism, tackling some of the most beloved songs of all time. For her first Brimmer musical, Director Diana Gleason hit one out of the park.

As Gleason notes, students also learned a valuable lesson of “standing up for what’s right and always fighting for what you believe in — a lesson that is as relevant today as it was for the von Trapp family in 1938.”

The Sound of Music coincided with the 8th-grade unit on World War II, allowing students to learn about the period through multiple lenses. For additional inspiration, the cast saw a performance of the Sound of Music at the Boston Opera House.

“The cast and crew worked really hard to make the show a success,” said Musical Director Frank Van Atta. “It was a really challenging show and I thought that the students really rose to the occasion. We stayed true to the story but put our own stamp on the production.”

Elias Kazin ‘20, who played the role of Captain Georg von Trapp, said he enjoyed the challenging role, which required him to remain aware of his posture. “That was different for me because I’m usually slouching or sitting,” he says, adding that he enjoyed working with the cast and crew. “We put on a great show, and I’m so proud of everyone.

“It was a little bit of a tough transition from being myself to being a different character,” said Olivier Khorasani ‘20, who played the role of Max Detweiler, a friend of the von Trapps.

Gleason enjoyed the experience, noting how the young performers tackled “iconic roles with an enormous amount of enthusiasm and ambition.”