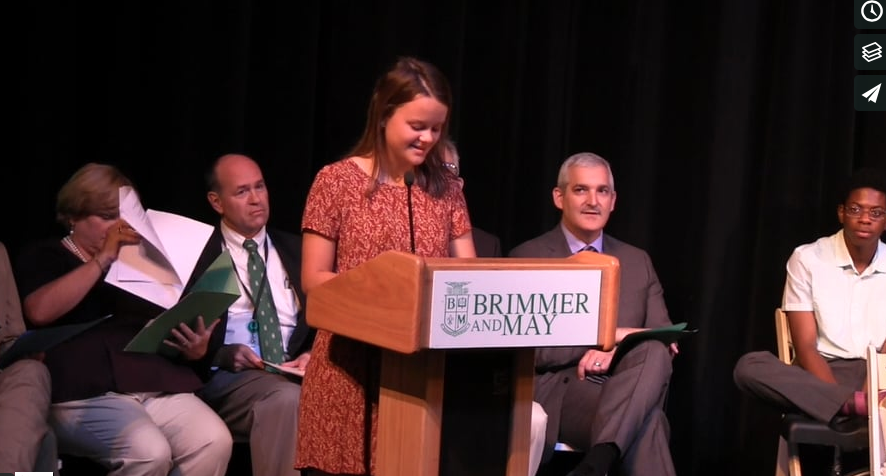 The Upper School Senate plans to undertake an ambitious agenda this year, hoping to introduce a revamped peer tutoring program, a broader selection of snacks at break, and a Halloween haunted house—a student favorite last year.

According to Upper School Senate President Sarah Smith ’17, redesigning and implementing the peer tutoring program will be a significant priority for her.

“For students, peer tutoring is a great leadership opportunity in which they can assist peers who are struggling in a class,” Smith says, “As for teachers, it gives students access to help before the students go straight to them.”

At Camp Wingate Kirkland, executive board members organized a scavenger hunt for the upper school retreat, grouping students previously unfamiliar with each other into “families” that traversed the campground, completing team building challenges.

While Senate has yet to formally tackle peer tutoring, plans for the Halloween haunted house—a student favorite from last year— and a more appealing snack menu at break are currently underway.

Smith has tasked Senate Vice President Stone McLaren ’18 to collaborate with kitchen staff to serve snacks that, McClaren says, “are healthy and enjoyable, not just healthy.”

Last week, McLaren met with Upper School Head Joshua Neudel, who is also replacing humanities teacher David Cutler as the Upper School Senate Advisor, to chart the next steps. McLaren expects the process to take several months, though he is confident that Senate’s efforts will yield positive results.

Smith also wants to ensure that Senate manages its time and tasks more efficiently. As she recalls, last year, during her tenure as vice president, preparation for major events felt rushed.

“I do not want senate to take on more than they can chew,” Smith says. “It is my goal to make sure Senate fulfills its promises, and I will do everything in my power to make sure that senate has a successful year.”

Photo and video by Liam Conklin ’19 — Sarah Smith ’17 delivers her opening remarks at the start of School.