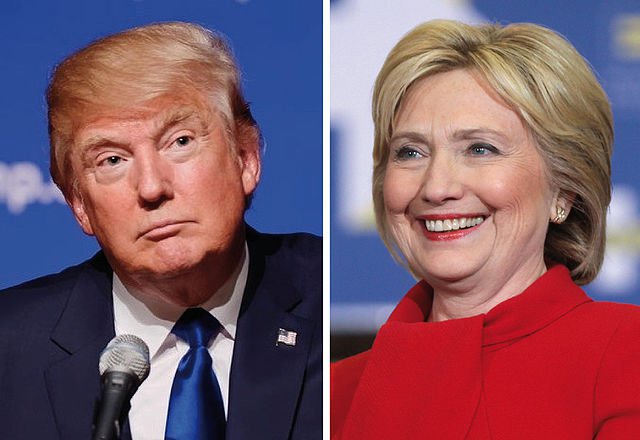 When Holt asked how the next president could “heal the divide” between African-Americans and the police, Trump focused on the violence itself, rather than strategies to address the widening gap. He did, however, make plain that he is big supporter of stop-and-frisk, saying it worked “very well in New York.”

Trump also pointed out on how mostly illegal immigrants are causing gun violence, despite statistics and numerous news articles to the contrary. “African-Americans and Hispanics are living in hell,” Trump said. “You walk down the streets, you get shot.”

In Clinton’s opening debate remarks, she mentioned how “race still determines too much” in our nation’s justice system. “People are crying out for criminal justice reform. Families are being torn apart by excessive incarceration,” Clinton writes on her campaign site. “Young people are being threatened and humiliated by racial profiling. Children are growing up in homes shattered by prison and poverty. They’re trying to tell us. We need to listen.”

During the 90-minute exchange, Clinton also supported stricter background checks to curtail gun violence, as well as preventing people on the no-fly list from obtaining weapons.

The second presidential debate will take place Sunday at 9:00 in a town hall format. ABC’s Martha Raddatz and ABC’s Anderson Cooper are set to moderate.