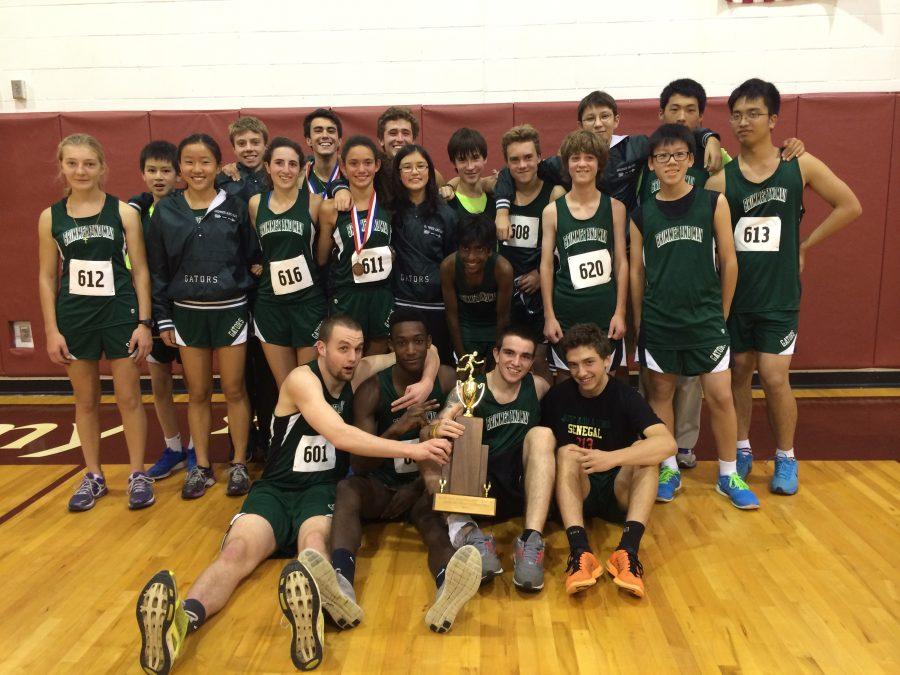 The Gators earned a decisive victory over the 9 other MBIL schools, including chief rivals Gann Academy and Cambridge School of Weston. Senior A.J. Naddaff lead the Gators, coming in at third-place out of over 130 runners, and cementing for himself a top-finisher medal. Senior Kyle Anderson, who hadn’t run for close to three weeks due to injury, dug deep and gave everything he had to cross the finish line in fifth-place. Eighth-grader Liam Conklin capped-off a hugely impressive season by coming in at ninth-place, followed neck-and-neck by junior Nate Friedman. Rounding out the top-five Gator finishers, senior David Labossiere earned the 18th-spot, with several other Gator runners nipping on his heels.

Also of note, eighth-grader Sophia Gomez was the first female Gator to medal in the MBIL championship, earning a top-3 female spot.

In cross country, the top-five runners for each team are added for a total team score. The team with the lowest score wins.