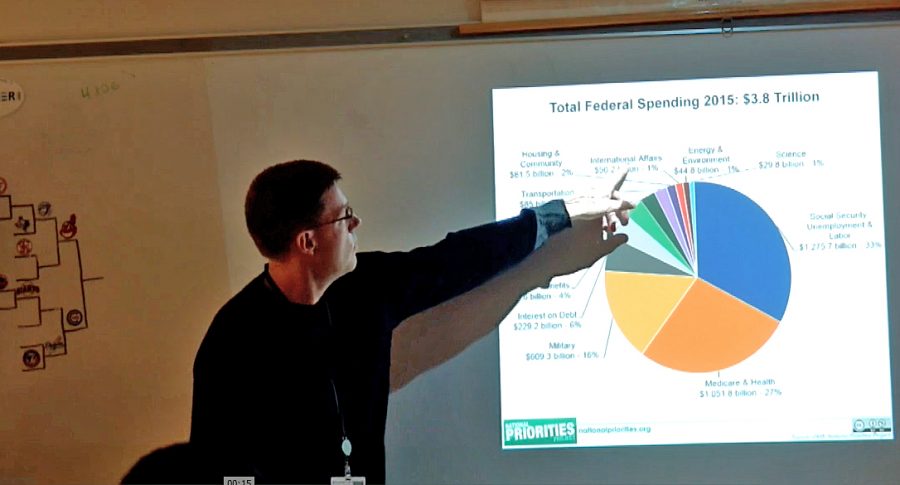 “It was definitely important to teach kids about what’s going on in the election, even if they aren’t old enough to vote,” says upper school senate president Sarah Smith, “It’s important to be an informed citizen because everyone is going to vote one day.”

“I thought the workshops were interesting and fun,” Said Safi Aziz, “As someone who will be voting, they were really helpful and informative,”

History teacher Ted Barker-Hook spoke about tax policy, including a break down on how much individuals pay, depending on income. He also broke down how local, state and federal goverment use and collect tax dollars.

Math Teacher Peter Slaski spoke about polling, and how polling samples are collected. He also spoke about margine of error, and how to calculate it.

Humanities Department Co-Chair Kelly Neely, who played a large role in organizing this morning’s event, spoke about the history of voting rights.