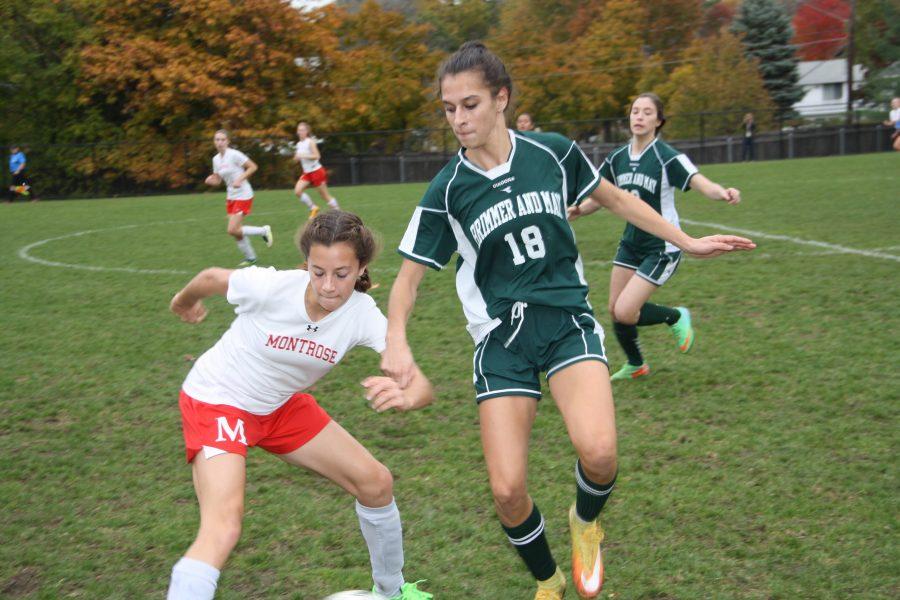 “I felt incredibly proud to receive the award, which wasn’t easy to get and required a lot of hard work,” said Tony Zhang ’17, who won Most Valuable Runner for Cross Country. “But the most important is that as a team we won a championship.”

“It felt great to win and it was a huge accomplishment,” said Varsity Cross Country Coach’s Award winner Lachlan Davidson ’’17. “This team means a lot to me and it felt great to say that I could help bring home a fourth-consecutive championship.”

Boys’ Soccer Coach’s Award winner Anthony Anderson said that he was honored to be a part of the team, which enjoyed its strongest season since winning the league title in 2012. “I’m proud of what we have done, and I feel like I worked hard to be be a good leader for my team,” he said.

Alexis Ifill ‘17 won the Most Valuable Player award for Girls’ Soccer, and she was honored to be recognized for her leadership. “Receiving the award meant a lot to me because usually it’s given to the athlete who performs the absolute best, and I didn’t really see myself as that player. Winning made me think wow I actually did really well this season.”

“Winning felt really cool since I’ve been playing on the team since 7th grade it felt really nice to finally win something even though I’m a freshman,” Said coaches award winner Hannah Ahearn ’20. “I’m always trying to get better and Mr. Purcell has always been a good coach which helped a lot in winning the award.”
Middle School Girls’ Soccer
Sportsmanship: Award Annie Ganem

Most Improved Player: Julie He