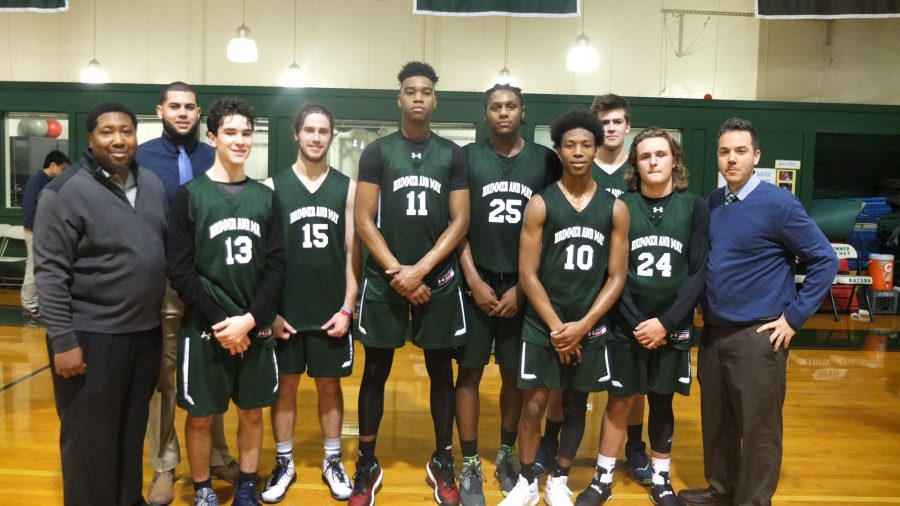 The Varsity 1 Basketball team came out of the gate flying yesterday, defeating Worcester Academy 79-62 in a stunning blowout to open the season.

The star of the game was Jimmy Yfantopulos ’18, who scored 25 points including many deep threes and an “and1” that sent the student fan section into pandemonium.

Yfantopulos’ deep shooting and long sleeved undershirt have earned him the title, “The Long Sleeved Sniper.”

Nationally ranked superstar AJ Reeves ’18 also played well, draining shots from all over the floor, including a surreal alley-oop dunk in the first half from Yfantopulos.

The team was helped by 14 points from Ju’quan Mills ’17, who also played stellar defense throughout, including a massive block.

Coach Tom Nelson was extremely pleased with his players, saying that everyone did their job and worked well as a team. In Nelson’s video blog series, he offers praise to many of his players.

After the game, Nelson asked the fans to join the team in the post-game huddle, demonstrating Brimmer’s tight-knit community.