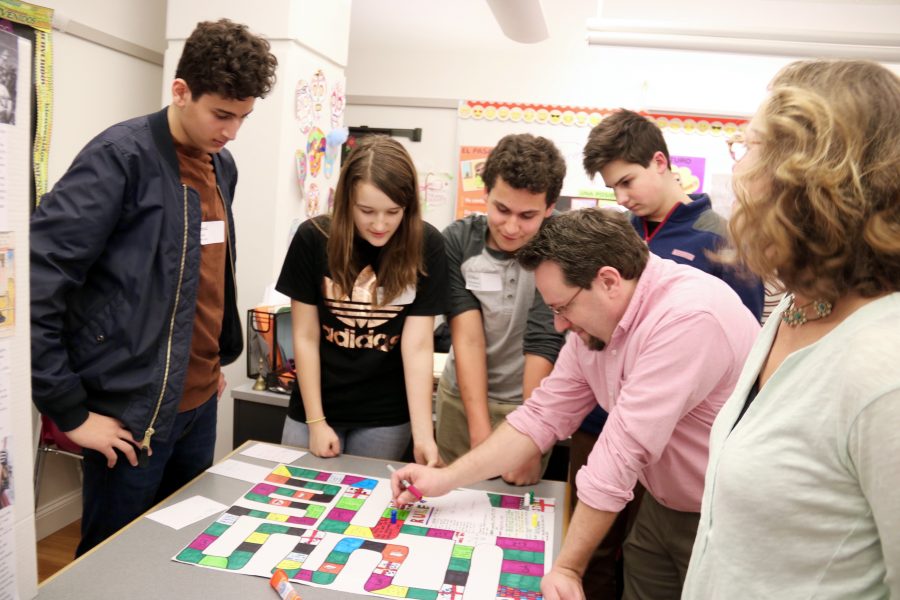 Freshman recently showed off their knowledge of the Father of English literature Jan. 12, sharing what they gleaned from Geoffrey Chaucer’s The Canterbury Tales in Paul Murray’s European Literature class.

“The project started about 10 years ago,” Murray says. “The main goal of the exhibition every year is for the students to get a feeling of ownership over their topic and feel confident about presenting it to their visitors.”

For the project, students provided insight and commentary of specific tales—such as medieval medicine for “The Physician,” life of medieval women for “The Wife,” and medieval cooking for “The Cook.”

“Our group worked very well together,” says Megan Stander ’20, whose group presented on medieval women. “I think we did a good job displaying how women were viewed by the public and what they actually did from day to day. My group also did well managing who talked about what.”

But not all groups experienced similar success. “It didn’t work exactly how we planned,” says Breanna Durand ’20, who presented on medieval peasants. “Our original plan was to walk around and collect money as if they were taxes, but since there were so many people, it was hard to go around without interrupting other groups.”

“I think the students did really great this year,” Murray says. “They made me look really good and we got great feedback from our visitors.”