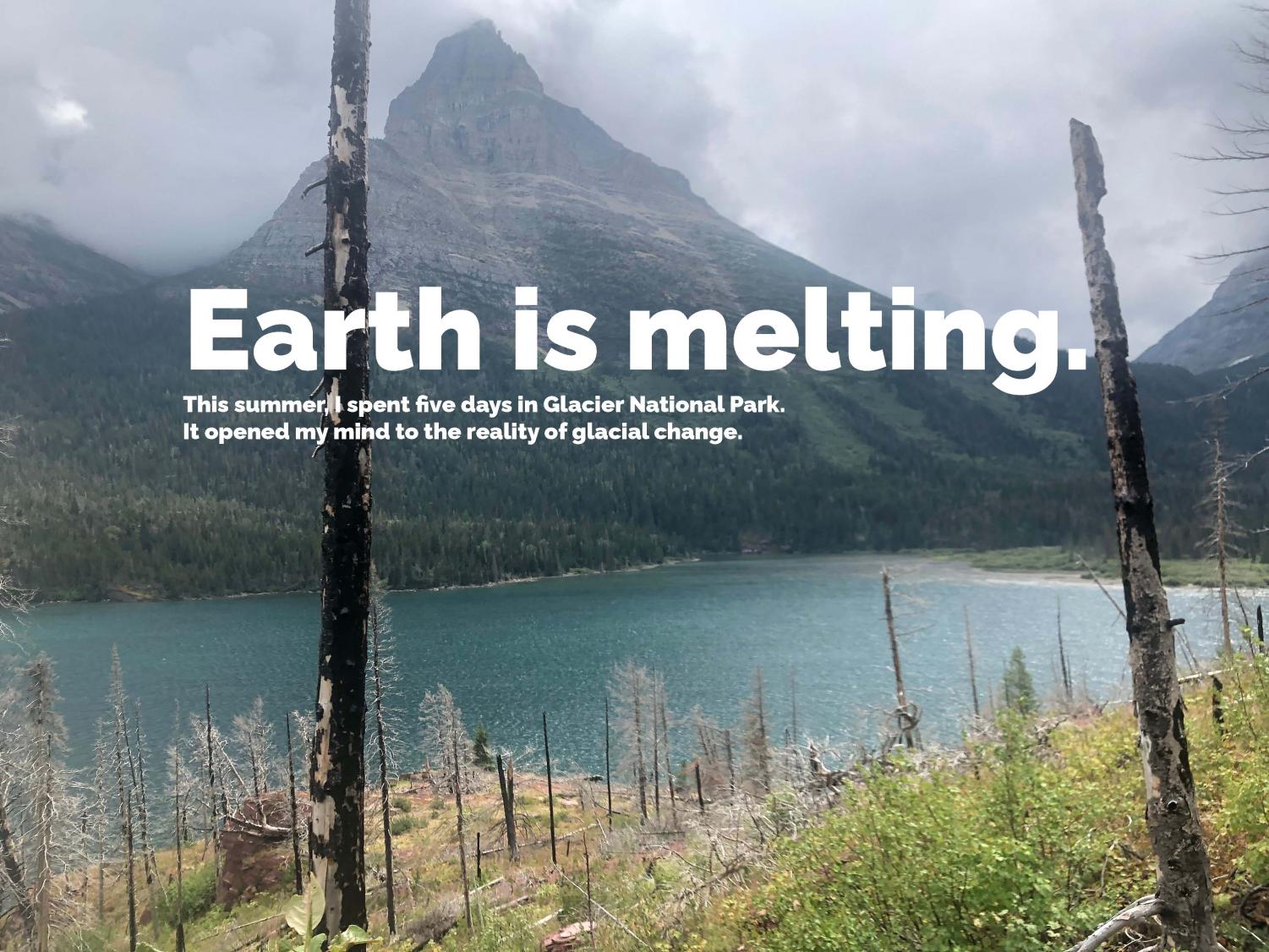 This summer, my family took a multi-adventure trip to Glacier National Park, which is located in northwest Montana. The scenery was incredible, but I couldn’t help but notice the impacts of climate change on the National Park.

We embarked on this trip with a company called Backroads. We did two days of biking, two days of hiking, and one day of whitewater rafting with five other families.

On the first day, we biked 31-miles into the park and to the largest lake in the park, Lake McDonald. The second day, we took a shuttle up the magnificent Going-to-the-Sun Road and passed the Continental Divide. From Jackson Glacier Overlook, we hiked around St. Mary’s Lake and Virginia Falls to get to Sun Point.

We stayed that night at the Many Glacier Hotel, which provided dramatic views across Swift Current Lake to Grinnell Peak and allowed us to see Salamander Glacier. On the third day, we biked along a freeway that was supposed to take us to Two Medicine Lake, but instead, it rained heavily, and we had to be driven back to our lodge in the Blackfeet Reservation.

The fourth day consisted of on-your-own hiking in the area of Two Medicine Lake. We took the Scenic Point trail, which led us up a grandeur mountain. We stopped about 7/8th of the way up since the top was experiencing gusts of wind over 60mph. On our way down, we spotted a pack of bighorn sheep.

On our last day of adventure, we went whitewater rafting along the Middle Fork of the Flathead River. We hit a few rapids, but they were underwhelming due to the depth of the water.

So, how was I able to detect the problems of climate change in this splendid park?

Let’s start with the smoke. When we landed in Kalispell and walked around Whitefish on our own, the smoke was unbearable. Even the Weather app read out smoke as the weather for the day. Smoke also obstructed the view of the park from the top of Whitefish Mountain. The smoke was so strong that it was better to wear my face mask when I was outside.

Smoke had a significant presence on that first day since the Hay Creek Fire was burning west of Glacier National Park in a town named Polebridge. Luckily, by the time we entered the park, the smoke had disappeared with the rain.

Our guides told us how lucky we were and how they could not see across St. Mary’s Lake just the day prior because of the smoke.

In one of our hiking trails, we could see the remains of charred trees left behind in the wake of the 2015 Reynolds Creek Fire. It was such a sad sight to see.

Then, we were told that smoke contributes to glacial melt. The ash from forest fires accumulates on glaciers, giving glaciers a darker tint. When the sun shines off the layer of ash, it melts the glaciers faster.

Talking about glacial melt, we learned that a glacier must be 25 acres and moving under its own weight. When Glacier National Park was first founded in 1850, there were 150 glaciers in the park. Now there are only 26.

Our guides told us that the early season, June and July, was scorching hot. They said that the temperatures in the park reached 90 degrees in mid-June, and by the end of June, it was at 100 degrees. This caused a more intense melt for the glaciers.

This led to our rafting trip being bumpier than usual due to the occurrence of rocks, and the rapids were less menacing.

The rapid melting in the early parts of summer doesn’t only affect the rivers. It also affected one of the most famous tourist attractions along the incredible Going-to-the-Sun Road, the Weeping Wall.

The Weeping Wall is a series of waterfalls on the side of the road due to the glacial melt. The cliff was artificial, and the water from the glacial melt ran down the cliff to create the waterfall. But since there was little glacial melt left, it was just a wall with no water cascading down in August.

I am sure the intense drought out in Montana didn’t help either. We were told that the rain was needed and happily received. It was severely dry where we were in Montana.

My experience at Glacier National Park was a great one. I was treated to spectacular views and exhilarating moments via biking, hiking, and white water rafting. But my time in Glacier also helped me reflect on the damage done to such a beautiful place that must be saved for future generations, and if you visit Glacier National Park, I am sure you would feel the same way.

View Comments (1)
About the Contributor 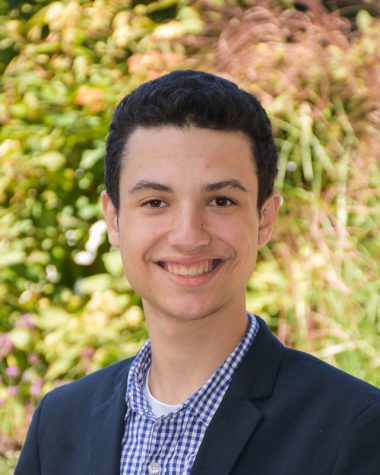 Evan is passionate about saving the environment and learning geography. When he is not writing articles for The Gator, he enjoys watching and playing sports, especially baseball. 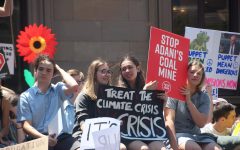 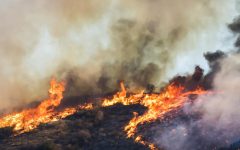 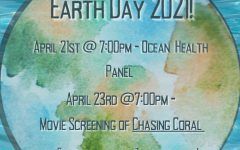 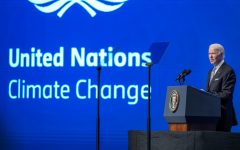 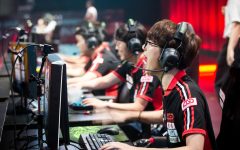 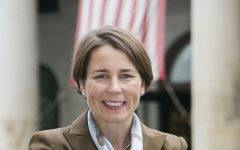 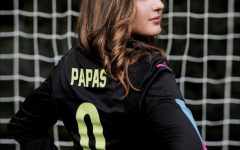