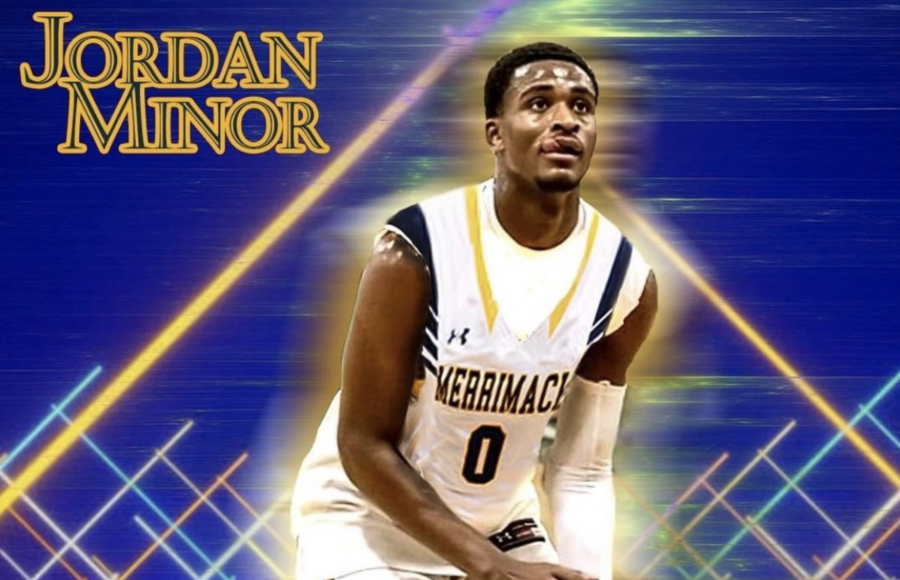 Former School basketball standout Jordan Minor ‘19 is now a junior playing basketball at Merrimack College. He committed to the Division I program in November 2019 and has gone on to impress at the college level.

During the 2020-2021 season, Minor averaged a career-best 12 points per game with three performances of over 20 points. He secured one New England Conference (NEC) Co-Player of the Week, three NEC Prime Performer awards, and ended his season making the All-NEC Third Team.

Minor said he was ready to perform on the court and in the classroom immediately after graduating from the School.

“Brimmer and May prepared me when it came to balancing school work and basketball, so there wasn’t really a big adjustment for me personally,” Minor said. “With how rigorous both the academics and sports are at Brimmer, it provided me with a smooth, seamless transition.”

Minor is also excited about his future playing basketball at Merrimack.

“So far, I am feeling very confident,” Minor said. “From where I’ve been to where I am now, it’s been a long time coming, but I still have so much more room to grow, so I’m excited.”

“He’s a special type of person who’s been able to balance basketball at a high level best in the conference, with also being some of the best students in his conference,” Nelson said. “We literally have excellence on the court and off, and he contributes that to his time here.”

🗒The 2x #NECelite forward led the league with 13 double-doubles and was 2nd in rebounding & blocks. The junior is a Communications & Media major who holds a 3.87 GPA.#NECSAOTY #STUDENTathlete pic.twitter.com/31yksvJxTM