Questions Remain After Week One of COP27 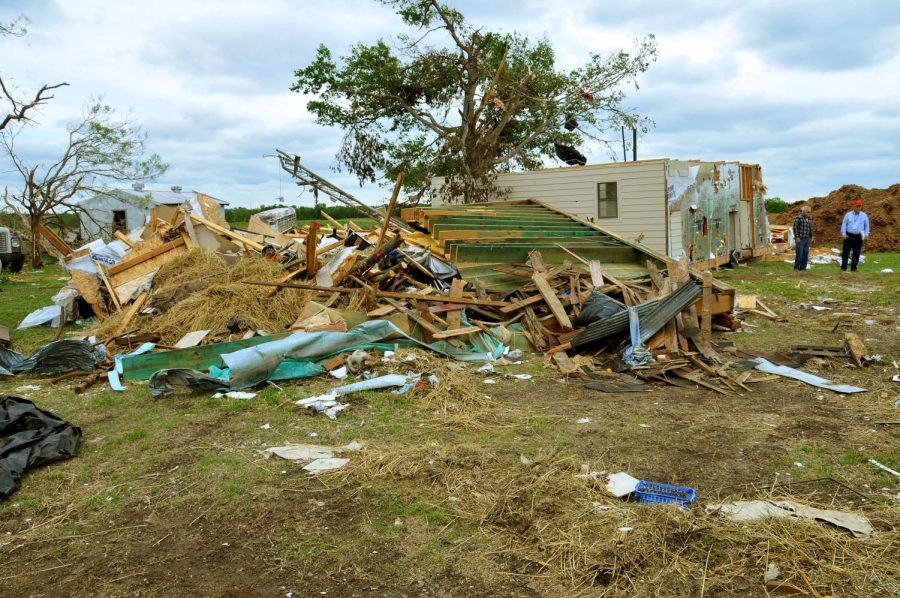 A tornado ravaged Oklahoma in 2010.

As world leaders continue to release progress on climate change in the first week of the COP27 summit, it’s important to note how non-state actors, like private businesses, have been stepping up. It raises up the important mission of COP27 after the “rulebook” set in COP26 that “Together for Implementation” is the key to success in handling the climate crisis. Climate change is of such great importance that it is impossible for any individual country, sector, organization, or league to deal with it single-handedly.

“Loss and Damage” Still on the Podium

Climate change is of such great importance that it is impossible for any individual country, sector, organization, or league to deal with singlehandedly.”

One of the greatest focuses in Week One was the issue of resolving financial “Loss and Damage.” This specifically refers to the irreversible impacts that climate change has led to, or will lead to, such as the rise of sea levels, loss of arable land and fuel, and loss of biodiversity.

Developing countries, especially those countries that will likely be exposed to seawater, have pledged for the developed countries to financially support and make up for the Loss and Damage impact on them. They believe that as poorer nations, they are the least pollutants but get polluted and impacted the most. However, developed nations have rejected the calls for fear of sinking into a bottomless pit of compensation. Officials expect the Loss and Damage topic to be highlighted in Week Two of the conference.

Throughout the first week, the expert group officially launched to ensure the probity of corporate pledges of “net zero.” A discussion was held regarding the 10 key standards companies should meet in order to verify the integrity of their net-zero pledge. One of the standards stated that companies claiming to complete the net-zero pledge should reduce emissions on a full scale, covering all stages, including production and the supply chain. A detailed plan of transition to demonstrate how finance regulation will also be required.

The standards are ought to ensure that green companies will not expand fossil-fuel or deforestation-related activities and will not lobby against climate action.

On November 18, the Global Carbon Budget Initiative again warned the officials that there is a 50-50 chance for global temperature rise to breach the 1.5°C threshold as promised during the Paris Agreement in 2015. Its report indicates and urges the importance of negotiations during the COP27 conference, also warning that global temperature rise can potentially reach a hazardous 2.4° to 2.6°C by 2030 without effective communication and consensus between countries.

Looking ahead to Week 2, the ministers either return home or travel to Indonesia for the G20 summit. Rumors exist, claiming that the 1.5°C threshold will be contested by countries such as China and India during the G20 summit at Bali.

These issues remain uncertain, but the recent talk between US President Joe Biden and Chinese President Xi Jinping showed to the world that the US-China relationship is a competition instead of a conflict. This can indicate a better feed into COP27. If collaborations happen, then it will be easier for more progress to be made on the thorny problems.